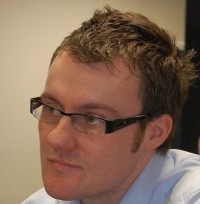 A journalism trainer has hit back at claims journalists are “missing the mood” of the country during the coronavirus crisis.

Paul Bradshaw, who teaches at Birmingham City University, has written a blog defending the media’s approach to the pandemic amid criticism from some quarters that it is being insufficiently supportive of the government.

Those making such accusations include Lord Alan Sugar, whose post criticising the press on Twitter has been shared more than 14,000 times, while Downing Street itself has claimed “public confidence in the media has collapsed during this emergency”.

Paul was inspired to write his defence after being sent an edited version of a widely shared social media post originally published on Twitter by “pro UK” blogger Effie Deans.

A version of the post seen by Paul on WhatsApp claims the public do not want “constant criticism of our government who are doing their very best in a very difficult and unprecedented global emergency”.

It goes on to call on journalists to change their “negative and political rhetoric for the health of this nation and start supporting our government”.

On his personal blog, Paul wrote in response: “It’s understandable to feel sympathy for the politicians and other people having to manage the crisis — but doing their best does not mean a person should be protected from questioning, or even criticism.

“Indeed, many politicians (perhaps the best ones) welcome critical scrutiny because it helps them address problems or concerns they might have missed.”

“The health of this nation is determined by its health system. The government is just one of many parts of that system — and many journalists’ role right now is to act as a bridge passing information between different parts of the system.

“By giving a voice to nurses who do not have enough PPE, or to care home workers who are concerned about the numbers of residents dying, or to those struggling to get tests, journalists are actively working for the health of this nation.

“What’s more: it has an impact. The government has repeatedly announced initiatives in response to news reports. So journalists are actually supporting the government, too — but supporting them through concrete information they can act on, rather than just nice words.”

Paul’s blog has been shared by journalists including Mark Austin, of Sky News, and the BBC’s Emily Maitlis, who described it as a “very good piece”.

Speaking to HTFP about the reaction it had received, Paul said: “I hesitated to write the piece to be honest because I knew how tribal these things can be, but I also saw some fundamental misunderstandings of why journalists don’t do what some people want them to do, and I wanted to write something that other journalists could do to explain that when they see this sort of thing shared in their social groups – even by family members.

“One of the hardest things as a journalism educator is to see young journalists having to face the sort of anti-journalist abuse that is increasingly stirred up online.”

Paul added: “In some cases people have said it’s changed their opinion, and in others we’ve agreed to differ, but it does feel like it’s been a positive thing.

“The sheer volume of responses has been difficult to deal with but I’ve tried to engage with every one. It’s easy to dismiss those behind these messages but that’s the sort of mistake that journalism makes too often.

“We still don’t understand the power shift that has taken place, any more than the public understands the power they now hold – and the responsibility that comes with that.