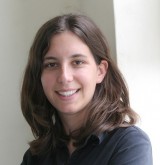 New journalism jobs are to be created amid a publisher’s expansion of its series of regional news websites.

Reach plc has announced the launch of Buckinghamshire Live, which will see the creation of four new roles, in its latest move to cover areas served by other regional titles.

Reach is advertising around 30 editorial roles at present across the country, including vacancies for six editorial staff covering Sussex, three covering Northamptonshire and three covering Hampshire.

The company launched sites to cover the three counties, traditionally served by rival publishers JPIMedia and Newsquest, in June.

Reach says the Buckinghamshire Live roles will be based within the county, but has not specified their exact location beyond that.

David Bartlett, audience and content director for Reach’s Live digital brands in London and the South East, said: “Our audience growth in the South East is among the fastest in the country, and we’re delighted to be launching a site in Buckinghamshire.

“We’re looking to recruit people with a real passion for the area.

“The site will be covering breaking news and all that’s brilliant about living and working in Bucks.”

In Hampshire, it is hiring an audience editor, SEO writer and a trainee multimedia live news reporter.

Some of the Sussex Live roles being advertised will also see the successful applicants work for Kent Live, while the three new Northants reporter roles are listed as being based in the West Midlands.

David Higgerson, chief audience officer at Reach, said: “We try to blend the news people want to read with the news we feel they need to read to be informed locally.

“That principle of listening to what readers say they want, and then suggesting other things they might be interested in, has helped us to reach new audiences in new parts of the country, and help ensure local news is read by more people than ever before.

“Our teams across the South East are setting the standard for local news in the UK by writing stories people want to read and sharing important information in a way which ensures it is read by as many people as possible.”

The new recruitment drive follows post-lockdown measures by Reach which have seen the company seek to cut more than 300 editorial and circulation roles across the country.