I’m as proud of my team as Klopp is of his, says editor

The Liverpool Echo joined in the celebrations as Liverpool marked their first League title in 30 years by producing 25 pages of coverage including a special souvenir supplement.

The 16-page supplement along with nine pages of in-paper coverage was put together at high speed on Thursday night following Chelsea’s 2-1 victory at title rivals Manchester City.

The result meant City could no longer catch Liverpool in the Premier League title race giving the Reds their first title since 1990.

Echo editor in chief Alastair Machray said he was as proud of his team of journalists as Liverpool manager Jurgen Klopp is of his players. 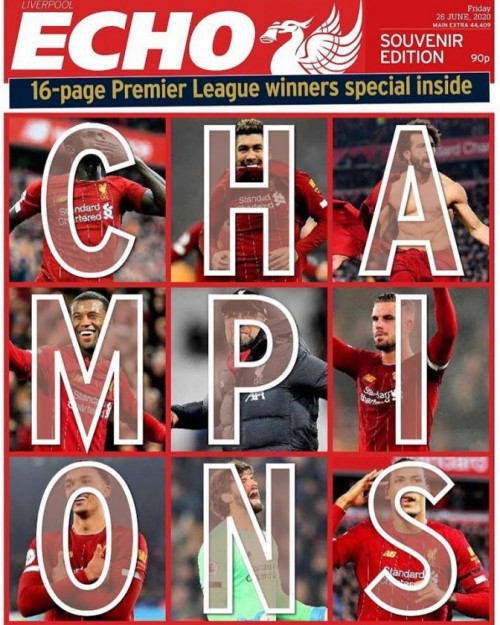 Said Alastair:  “We are privileged in that we can record yet another amazing moment in Liverpool Football Club’s storied history.

“Naturally we’ve been planning for weeks but we never quite knew when the title would be clinched, which made it all the more exciting.

“We produced fantastic content at high speed and I’m as proud of my team as Jurgen Klopp is of his.

“Orders for the paper are coming in from all over the world. Once again, when people look for the ultimate keepsake it’s the Liverpool Echo they think of.”