A hyperlocal publication has won political praise after achieving a social media milestone.

Causeway Coast Community, which covers Northern Ireland’s Causeway Coast and Glens Borough, has announced it is now followed by 50,000 people on Facebook. 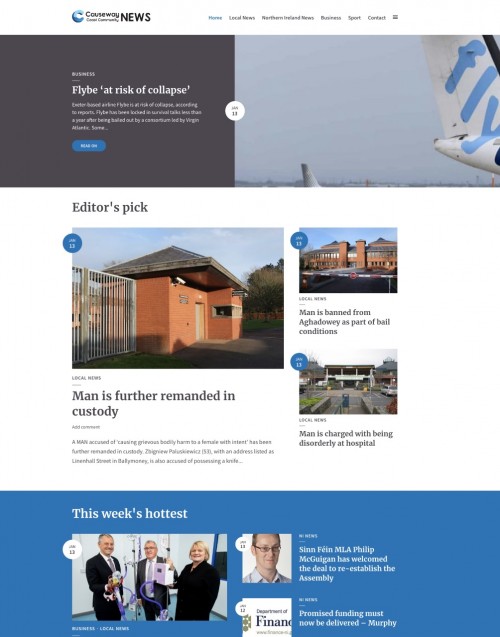 Mr Bradley said: “As someone with almost 50 years experience in the newspaper industry, I congratulate Causeway Community on being at the forefront of technology.

“Causeway Coast Community is community-driven and has the support of a local audience, hence its staggering growth.

“We are very lucky to have access to news as it happens within the Causeway Coast and Glens area thanks to Causeway Coast Community and I wish the media team every success in the future.”

A spokesperson for Causeway Coast Community said: “As a modern, flexible, cloud-native platform, we are quickly able to publish news as it happens in the Borough in particular, and Northern Ireland as a whole which has led to our dramatic growth.

“It is no secret that over the last number of years the journalism industry has faced serious challenges. Traditional sources of revenue are shrinking dramatically which in term increases the cover price of a local newspaper.

“We employ freelance local reporters/video broadcasters who really care about what happens in the area and are dedicated to bringing you the highest quality news coverage that they can.

“We do not work the traditional 9 to 5pm. We are literally 24/7 publishing all our articles on social media not only helps to circulate news publicly in the wider domain, reaching far more people than they normally would in print form, it also gives readers a voice — an instant one.”