HTFP at 20: Local news organisations must let go of the past 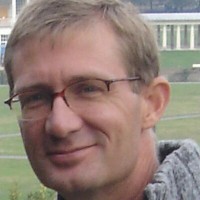 Over the past week we have taken a sometimes nostalgic look back at the first 20 years of HoldtheFrontPage and the stories and people we have written about over that time.

But what of the next 20?  What does the future have in store for journalists and for the industry on which we continue to report daily?

We asked Nic Newman, left, Senior Research Associate at the Reuters Institute for the Study of Journalism, Oxford University, to look into his crystal ball.

The last decade has been a desperate one for local news titles as an explosion of choice online has combined with the rise of tech platforms to fragment audiences and disrupt business models. Many local and regional newspapers are a pale shadow of their former selves, struggling for relevance and in many cases for survival.

There is no going back. Print circulations will continue to decline; there will be no resurgence in local advertising; and now local TV and radio are coming under pressure as linear broadcasting get affected by the same trends. Structural changes to distribution and supply are undermining the fabric of our entire media industry – and arguably of our democracy.

But this doesn’t mean there is no hope. Our research shows that people still have the same core needs for relevant, accurate information and entertainment, but as we enter a new decade it is a good time to rethink how we should deliver this.

Instead of harking back to some golden (largely mythical) age of journalism, how can we create forward looking strategies that harness new technologies and great content to reengage audiences? But before that, we need to be honest about what has gone wrong.

Trust in journalism has fallen by around 10 percentage point in the UK over the last five years, according to our Digital News Report. This is partly due the behaviour of media companies themselves. Audiences complain about clickbait, sensationalising of content, and about the mixing of news and opinions.

Almost half of these we surveyed in the UK think the news agenda is often too negative, that it doesn’t reflect reality. More than a third say they often or sometimes avoid the news because they find it too depressing or they feel there is nothing they can do about long standing or intractable positions.

Ways in which the media may not be working

The rise of misinformation, growing political polarisation and the way that politicians increasingly undermine the media hasn’t helped. Almost three-quarters 72% say they worry about being able to tell what is true from what is fake when it comes to news on the internet.

All of this amounts to an increasing disconnect between the news media and audiences. And that is a gap we need to close

Re-imagining journalism for the next decade

Firstly, journalism needs to get back to its core job of serving the needs of audiences, rather than advertisers or owners looking for a quick profit. The future of media will be in developing products and services that are valuable to individuals or communities.

If people see news as negative or depressing, they are not going to value it, let alone pay for it. That doesn’t mean that everyone is going to become a subscriber – though reader payment of different kinds will become more important over the next decade – but an audience centre mindset will be critical. At the very least, every piece of content must feel like it is worth paying for.

This means thinking differently about both the kind of content we produce and the way we distribute it. Research we conducted last year into the needs of younger people – the next generation of consumers – suggested that traditional media need to broaden its definition of news.

The media currently produces a surfeit of news about important but worthy topics, but young people told us that they also wanted to hear about things that are useful to know, interesting to know, and fun to know.

That means more service journalism that helps people live their lives in a smarter way or inspires them in new directions. Local media can not only develop resources or curate experiences but can also use new internet technologies to harness the knowledge and expertise or local communities.

Local news organisations in the future need to redefine themselves as the indispensable beating heart of the communities they serve. They will provide value not by delivering a newspaper or even a website, but rather though the way they spark and curate conversations.

It is no longer enough to produce great content. In a digital world, it is equally important to find way to distribute that content. The successful media companies in the future will be ones that understand how to get the perfect piece of content to the right people at the right time.

Once again, this means greater understanding of audience needs and of how news, information and entertainment fits into their lives. Our recent research shows four key moments to bear in mind. 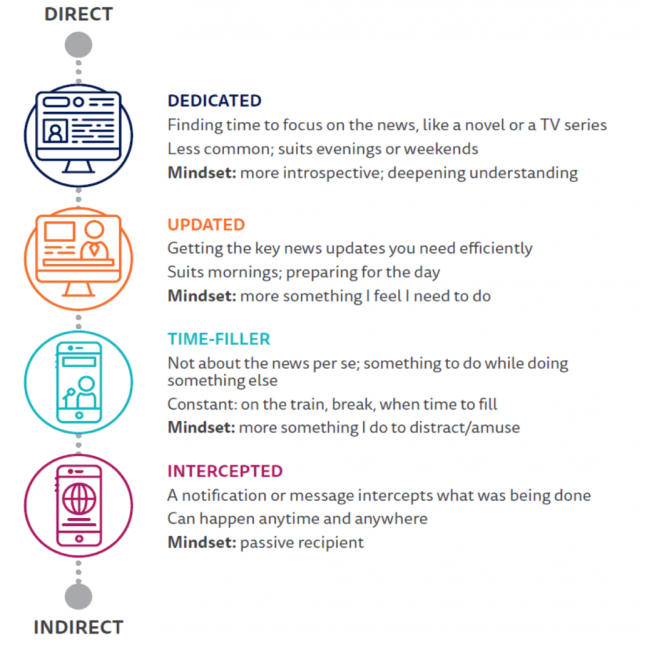 These include dedicated news, albeit less common these days, when some people still set aside time to read a newspaper or in-depth article. More typically, people are looking for quick and efficient ways to update them in the morning or when they get home from work. This may involve formats like an email briefing or perhaps a podcast, a package that is information-rich but often fun and entertaining too.

Then there are the time-filler moments when we’re looking for something bite-sized to make us laugh or to share with friends and colleagues and finally there are opportunities to interrupt people with information that we know will be relevant or interesting to them.

The same people use these moments in different combinations, but we need to be considering them all if we want fully engage audiences in the future.

Here we need to move beyond websites and newspapers to think about a much wider range of formats, better use of data and a deeper appreciation of audience needs.

Bill Gates once noted that we often overestimate what might happen in one year, but underestimate the changes that technology will bring in a decade. If mobile and social media were the big disrupters of the 2010s, what trends will define the next decade?

We can be pretty confident that there’ll be further consolidation of media ownership in a bid to leverage economies of scale and have more influence with tech giants like Facebook and Google. On the other, we’ll have more smaller, nimbler, companies finding success with specific niches. It’s those in the middle that will be left behind

Secondly, we’ll see a greater focus on the audience-centred approaches that I’ve outlined in this article along with further diversification of revenue streams. Donation, subscription, events, e-commerce will all become more important in the mix and that in turn will change the content that will need to be produced.

Thirdly, we can expect fast development in the formats for news and storytelling. 5G technologies will open up more possibility for video or visual content while audio is becoming more important with the rise of podcasts. We’ll still need to write articles but other formats will become more important in the mix. Multiskilling training will need to be stepped up

New interfaces to the internet are emerging with augmented reality experiences that mix real world scenes with digital overlays (see the google maps live view as one example). New audio platforms like Spotify Drive and Google audio news are opening up opportunities for local providers to reach audiences on a significant scale. But yet again the distribution to these new channels will be controlled by powerful platforms.

Finally, the 2020s will be defined by automation, driven by machine learning (ML) and artificial intelligence (AI). This collection of technologies holds out the promise of making journalists more efficient and helping to deliver more relevant to content to audiences. But they are also bringing fears about jobs, about data security and about control.

Either way, the profound nature of this change means that local news organisations need to get on the front foot, playing a leading role in defining best practice and helping communities understand the wider implications.

Local news organisations have spent much of the last ten years trying to cling on to the models and approaches of the past. Now is the time to break free and consider a more radical future – one that truly puts audiences at the centre of the story.

* Nic Newman is Senior Research Associate at the Reuters Institute for the Study of Journalism, Oxford University. Nic is the lead author of the Digital News Report, the world’s largest ongoing study of news consumption. He also writes an annual report on tech and media trends and was keynote speaker at the recent Behind Local News conference.