A regional daily has launched a suicide prevention campaign after covering a “frightening” number of cases of people taking their own lives.

Stoke-on-Trent daily The Sentinel has launched the campaign under the theme of ‘You’re never alone’, which will tell the stories of both those who survived suicide attempts and the families of those who took their own lives.

The Sentinel devoted its front page yesterday to the campaign, as well as five pages inside.

It also took the top five slots on its Stoke-on-Trent Live sister website. 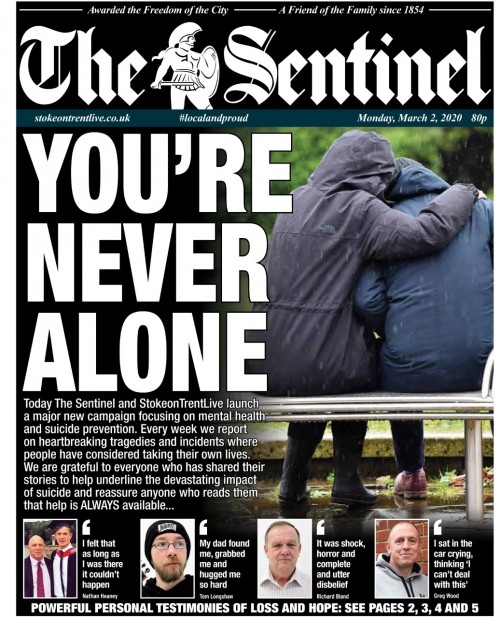 “It was prompted by the frightening number of cases of suicide we report on locally – and the number of incidents where people are clearly crying out for help.

“We are grateful to everyone who has contributed for their bravery and honesty and I would urge anyone else who wishes to share their experiences to come forward.

“Together we can help to show anyone who needs support that they’re never alone.”