One of the country’s biggest free weeklies is among five titles that have been temporarily shelved by a regional publisher due to the coronavirus pandemic.

The move brings the total number of print titles suspended as a result of the outbreak to more than 20, following similar moves by JPIMedia, the Midland News Association and Northern Ireland-based Spectator Newsapers.

Editors in the five areas affected will be communicating with readers this week about the suspensions and redirecting them to other Reach paid-for and online titles serving their area. 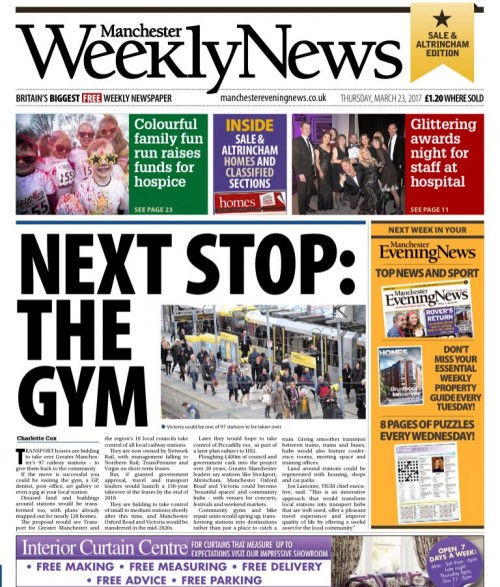 Readers of the Weekly News, which was dubbed “Britain’s biggest free weekly newspaper” at the time of its launch in 2015, will be redirected to paid-for daily companion the Manchester Evening News.

Readers of the Observer and the Mercury will be pointed towards Birmingham Live, the Visiter to the Liverpool Echo and the Blackmoor Vale Magazine to Somerset Live. The company also serves the affected areas via its hyperlocal news service In Your Area.

The title of ‘Britain’s biggest free weekly’ has since been claimed by Chronicle Week, which is itself one of several Midland News Association titles currently on temporary hiatus due to the outbreak.

JPIMedia has announced a similar measure with regards to eight free weeklies in England, while in Northern Ireland, three paid-for weeklies owned by Spectator Newspapers have shelved production, along with independent paid-for weekly The Examiner.

Reach announced on Monday it was putting a fifth of its 4,700-strong workforce on paid leave and reducing pay of all staff by a minimum of 10pc, in line with similar measures adopted by a number of other regional press groups.

It is understood that the vast majority of those furloughed are in non-editorial roles, but a number of sports journalists from across the group have confirmed themselves that they have been furloughed in recent days.