A former regional daily journalist has teamed up with a freelance sports writer to launch a new business magazine.

Graeme Anderson, who was on the Sunderland Echo’s sportsdesk for almost 20 years, has teamed up with former Sun and Daily Mail North-East football correspondent Colin Young to co-edit Wear Business.

The B2B magazine is dedicated solely to the business communities along the River Wear from Sunderland to Durham.

Colin and Graeme have partnered with former Sunderland Football Club and Middlesbrough Football Club press officers Martin Walker and David Allan, whose firm Resolution Media & Publishing is the team behind well-established Tees Business and Tees Life magazines, for the project. 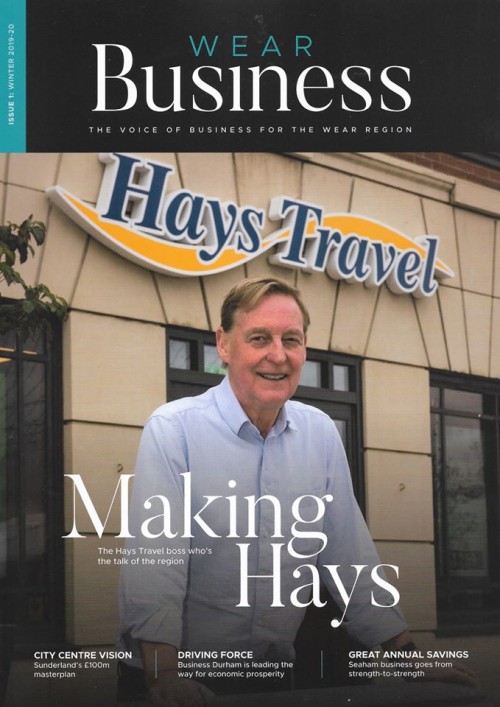 Graeme, who has also run PR agency GSA Media for five years, said: “My previous life was all about sport but I’ve learned a lot about the business community over the last few years and I know there’s a definite desire for a magazine like this.

“The first issue has come in at 52 pages from a standing start and our aim is to double that by the end of the year, which then gives us a platform to be a real voice for businesses in our circulation area.”

The new publication’s 5,000 print run is currently being delivered free to the business communities of the Wear region four times a year, while copies will be directly mailed to community and business leaders.

Colin said: “Arguably, the North East as a region doesn’t do too badly for business magazines.

“But the specific area we’re serving often feels as if it doesn’t get a fair crack of the whip, in terms of publicity for all the good work going on locally, both in business and industry, and regeneration and redevelopment.

“We want to address that concern by becoming a focus for the business community and an independent voice highlighting the issues and developments of most interest to them.”