A new structure is set to be introduced at group of Midlands regional titles with at least five jobs at risk and four new ones set to be created.

Reach plc has confirmed the five roles are under threat at the Derby Telegraph as part of its plan to cut more than 300 editorial and circulation posts across the country in the wake of the coronavirus lockdown.

In addition, three currently vacant reporting roles in Derby will not be replaced, but the company says four new posts will be created across what it is calling its Derbyshire, Nottinghamshire and Lincolnshire “cluster.”

However, the company declined to give further details of what the “cluster” will entail when asked by HTFP – citing the ongoing 45-day consultation process into its proposals. 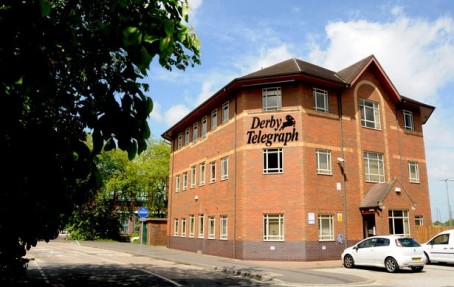 Reach was also unable to confirm how many roles overall are at risk across the three counties as part of the plan.

And it declined to say whether the post of editor of the Derby Telegraph and its companion website Derbyshire Live, vacant since Julie Bayley’s departure for a new role with Slimming World earlier this year, would continue to exist in the new structure.

Discussing the situation in Derbyshire, a spokesman for the company told HTFP: “We can confirm that five roles are at risk and three other reporting roles will not be replaced.

“There will also be four new roles in the Derbyshire/Notts and Lincs cluster that people can apply for.

“Reach continues to consult with colleagues and trade unions over the proposed changes which are subject to a minimum 45-day statutory consultation period and we are trying to ensure it is a fair process for all employees who are affected.

Current Birmingham Live editor Anna Jeys will take up the audience and content director role in the Midlands, Cheshire and Lincolnshire.