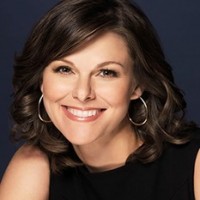 The social media company says it is planning to introduce Facebook News, a dedicated channel which allows users to access news stories relevant to them, in this country.

Facebook News was launched in the USA last year after consultation with publishers, journalists and users of the site.

Campbell Brown, the company’s vice president for global news partnerships, revealed the plan to pay publishers in a blog announcing the planned expansion of the scheme.

Campbell, pictured, wrote: “We aim to launch Facebook News in multiple countries within the next six months to a year and are considering the UK, Germany, France, India and Brazil.

“In each country, we’ll pay news publishers to ensure their content is available in the new product.

“Consumer habits and news inventory vary by country, so we’ll work closely with news partners in each country to tailor the experience and test ways to deliver a valuable experience for people while also honouring publishers’ business models.”

Facebook said it was unable to provide further detail at this time on how the payment scheme will work when approached by HTFP.

However, the company confirmed it is in the “very early stages” of talking to publishers about compensation for their participation in Facebook News.

When Facebook News was launched across the Atlantic, the company emphasised its desire to reward original reporting.

To do so, it created a team of editorially independent journalists to manage a section entitled ‘Today’s Stories’.

A ‘Today In’ section was also launched to show users local news from the area where they live.