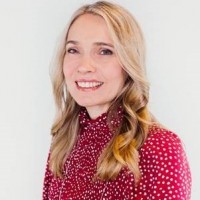 Facebook is to create “dozens” more journalism jobs in regional newsrooms and revealed the publishers it will begin paying for their content from next month.

The social media firm has confirmed it is extending the Community News Project for another year and investing an additional £2.25M into the scheme, which is administered by the National Council for the Training of Journalists.

The investment means just over half of the existing cohort of 80 reporters taken on under the project, funded by an initial £4.5m investment, could be in line for an additional year of training, while “dozens of new reporters” will be recruited to regional newsrooms across the country.

Facebook says it now aims to “encourage more reporting from towns which have lost their local newspaper and beat reporters”.

Joanne Butcher, pictured, chief executive of the NCTJ said: “The wonderful news that Facebook is extending this brilliant project is a real boost for journalism and the news industry at such a challenging time.

“The NCTJ is proud to be a partner in a scheme that, thanks to Facebook’s support and the commitment of publishers, provides more journalism jobs, an innovative training scheme based on NCTJ qualifications and makes a real difference to the diversity of local newsrooms.”

Facebook has also named Archant, Iliffe Media, JPIMedia, the Midland News Association and Reach as among the first UK beneficiaries of its Facebook News project.

HTFP reported in August how Facebook was planning to introduce the dedicated channel, which allows users in the USA to access news stories relevant to them, in this country.

Other UK partners announced for the scheme include Conde Nast, The Economist, ESI Media, Guardian Media Group, Hearst and STV.

The launch of Facebook News in the UK was announced by Jesper Doub, the company’s director of news partnerships.

“The UK launch in January will build on the success Facebook News has seen in the US, where we’ve found more than 95pc of the traffic Facebook News delivers to publishers is new audiences that have not interacted with those news outlets in the past.

“Facebook is committed to supporting news organisations as they adapt to the changing digital world, and we are delighted to have so many partners working with us at this early stage.”

The new investments have been welcomed by industry figures.

Martin Wright, editor-in-chief at the MNA, said: “We are delighted at Facebook’s decision to extend the Community News Project.

“Since its launch in 2018, the project has enabled us to extend our coverage, reaching parts of our community that were not previously as well-served as they might have been.

“I am looking forward to building on the success of this excellent initiative.”

Reach chief audience officer David Higgerson added: “We welcome the introduction of the Facebook News Tab in the UK as a sign of Facebook’s commitment to ensuring that accurate, well-researched journalism is given prominence on its platform.”