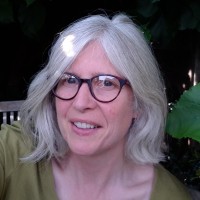 A former chief photographer is among the first Facebook-funded community reporters to celebrate passing their initial journalism qualifications.

Alison Bagley, who held the role at Northamptonshire Newspapers between 2007 and 2014, is one of four journalists employed under the Community News Project scheme complete their NCTJ Diploma in Journalism to ‘gold standard’, having started from scratch after the project began.

Alison, who began her community reporter role at the Northamptonshire Telegraph in June 2019, found out she had passed her 100wpm shorthand exam this week, having achieved A-C grades in all her other diploma modules earlier in the year.

She was joined in her achievements by Rebecca Beardmore, Emma Shepherd and Lisa Wong, who work for Blackpool daily the Gazette, the Barnsley Chronicle and Sheffield daily The Star respectively.

All four studied for their qualifications at Sheffield College.

Alison, pictured, said: “It’s been a really tough and strange year. At the start, the course combined online lectures with once a fortnight face-to-face lessons at Sheffield College.

“Then Covid struck. Lecturer Sam Cooper adapted to teaching remotely with ease and we just carried on ‘attending’ college from home.

“Doing exams from our spare rooms and dining tables was slightly fraught.

“With a house full of family, all trying to use the broadband at the same time, they had to be banished into the garden, knowing that at any moment concentration could be broken by next door’s dog barking or any number of distractions.

“Passing to gold standard is a relief. To know that I have made the grade is just the start – I’ve been given the tools to continue my career in journalism and that’s exciting.”

The remaining two members of the Sheffield College group had also achieved A-Cs in their previous modules and are hoping to gain their 100wpm in the coming months.

Sam said: “All of the community news reporters worked so hard this year. It has certainly been a year like no other so to then go on and pass all their exams is incredible.

“To achieve 100wpm when they have been working remotely since March is an amazing achievement. I am so proud of each of them.”

The community news project, administered by the NCTJ and funded by Facebook, has seen around 80 reporters join regional publishing groups to serve currently under-reported communities.

Applicants with no previous journalism experience were sought for the scheme, alongside journalists in training and those who hold the NCTJ’s Diploma in Journalism.

The Telegraph, The Gazette and The Star are all owned by JPIMedia.

Jeremy Clifford, JPIMedia’s editor-in-chief, said: “We are delighted our Community News Project reporters have reached the gold standard of journalism.

“It demonstrates that this programme can be successful in identifying people we may not have ordinarily recruited and take them on a career progression to become a fully-fledged journalist.”

Other groups of journalists employed under the scheme are undertaking tailored training programmes at Bauer Academy, Bournemouth University, Darlington College and Glasgow Caledonian University, and will be sitting further diploma exams in due course.

An additional cohort is working towards the senior level National Qualification in Journalism, having studied for the Diploma in Journalism prior to the project beginning.

Will Gore, head of partnerships and projects at the NCTJ, said: “It’s fantastic to see these four CNP reporters achieve their Diploma in Journalism to gold standard.

“We know many others employed as part of the project will follow in their footsteps.

“Given the enormous challenges they have faced in recent months because of the coronavirus pandemic – at work, at home and in their studies – I’m sure their success will taste particularly sweet.

“It is also a further indicator that the Community News Project is driving important, positive change at what remains a testing time for the industry.”

“It demonstrates the impact the CNP is having both in telling local community stories and in growing journalistic talent across the UK.”