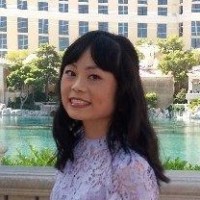 A journalist has opened up on being diagnosed with dyslexia while working for a regional daily.

Lisa Wong, who works for Sheffield daily The Star under the Facebook-funded Community News Project, has shared her experience of the condition to mark Dyslexia Week, which runs from 5 to 11 October.

Lisa, pictured, has worked as a journalist for a just over a year but was only diagnosed as having dyslexic traits earlier this year.

In a piece for The Star, she explained she had “always had difficulties” at school but always “did okay” with grades.

Lia wrote: “I didn’t know I could be classed as having special educational needs so why would I question it – it was just a struggle that I thought I would have to put up with.

“Fast forward several years and I failed my first journalism exam. I thought that was a sign that I couldn’t do this job.

“On the other hand, I really loved meeting the wonderful people I was writing about and making a difference in society.

“I’d had discussions with a friend, also in her 20s, who was diagnosed with dyslexia just a few years before and everything she described seemed to resonate with me.”

After an assessment confirmed Lisa’s dyslexic traits, ahw was able to get exam adjustments including extra time.

Lisa was one of the first four journalists employed under the Facebook-funded project to pass the NCTJ Diploma in Journalism to ‘gold standard’, as reported by HTFP.

She added: “I think there is that assumption that dyslexic people are ‘stupid’, that they are bad at reading and writing but there is a whole lot more to it.

“I can read and write but I am a bit slower than the average person and I struggle with spelling sometimes but not all the time.

“Ironically, I always have to think how to spell ‘dyslexic’!”