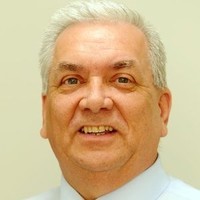 An editor in charge of 22 weekly newspapers has retired after almost 47 years in journalism.

Martin Clark, who is editor of JPIMedia’s small Scottish weeklies, has said farewell to the industry after what he called an “incredible career.”

Martin, pictured, has edited a number of local press titles spanning the length and breadth of Scotland since 2001.

He has held his most recent role for the past two-and-a-half years, with his patch stretching from Fraserburgh in the north to Galloway in the south and Carrick on the west coast through to Midlothian in the east.

Martin said: “I’ve had an incredible career in newspapers and I’ve worked with some amazing people during that time.

“But it is the thousands of people I have met covering stories along the way that has made the journey so memorable.

“The best part of the job was meeting people from so many different backgrounds and covering their wide and varied stories – many of whom have become friends.”

Martin began his career aged 17 with a summer job as a copy boy on sister dailies the Glasgow Evening Times and Glasgow Herald.

He initially planned to stay for three months to earn money before becoming a student, but he eventually spent 18 months with the titles.

Martin moved after being offered a trainee journalist position at the Rutherglen Reformer, but three months later transferred to the Wishaw Press.

He worked at the Press for 26 years starting as a local community reporter and eventually becoming deputy editor.

He became deputy editor in 2000, but a year later moved to edit The Lanarkshire People and help reshape it into The Lanarkshire Extra as part of a major overhaul within Archant.

In 2007 Archant’s Scottish titles were taken over by Johnston Press, and Martin later took over as editor at Motherwell Times and Bellshill Speaker.

Over the years the titles he looked after grew to include the Cumbernauld News & Kilsyth Chronicle, and he was appointed deputy editor at the Falkirk Herald and Linlithgow Gazette splitting his week between Cumbernauld and Grangemouth offices.

Martin added: “I’ve had a fantastic career but now it’s family time. My wife and I hope to be able to get away more and see different parts of Scotland that we’ve never visited before.

“And I’m sure she’ll have already started a list of jobs for me to do around the house.”