Editor steps down from role at hometown weekly after 17 years 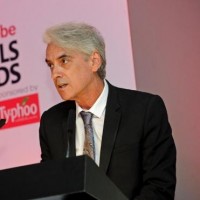 An award-winning editor has stepped down from the role with his hometown newspaper after 17 years of service.

Leigh Marles has left the Wirral Globe and now plans to plans to set up his own media, PR and journalism consultancy.

Leigh, pictured, won Newsquest’s Editor of the Year award in 2012 and in 2018 the Globe was awarded the company’s Publishing Centre of the Year accolade.

He formally stepped down on 31 January, but will continue to represent the Birkenhead-based Globe in the community as brand ambassador for the paper.

Said Leigh: “It has been an honour and a privilege to have been editor of the Globe and I have been very lucky to have done that.

“I have made a great many friends throughout the years of editing this title, and also one or two enemies! But that goes with the job I think.

“Our readers always have been tremendous and have helped raise millions for good causes across Wirral, whether they be individuals or organisations. I will really miss that side of my job.

“I will also be sad to leave my colleagues who have worked so hard to produce the latest news for the paper and our on – line platforms.”

Before Leigh became the Globe’s editor he had been bureau chief at Channel One Television, and before that editor of the Wirral News and Liverpool Star newspaper groups.

It is unclear whether Leigh will be replaced and Newsquest has declined to comment further on his departure.