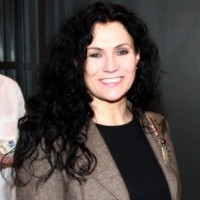 A deputy editor is stepping up to the top job at a regional title after 15 years.

Candia McKormack has been appointed editor of Cotswold Life magazine, where she takes over from Mike Lowe.

HTFP reported last month how Mike was leaving his role with the Cheltenham-based title, which he had edited since 2006.

Candia, pictured, has worked for Cotswold Life since 2002, serving firstly as a designer and occasional writer, before heading up the design team.

She initially served as assistant editor under Mike but was later promoted to the deputy editorship.

Candia, who was born and raised in Gloucestershire, told HTFP: “It’s been a wild ride working as Mike Lowe’s deputy these last 15 years; he’s a much-loved and respected editor, so they’re huge shoes to fill.

“I feel incredibly honoured to take over the reins from him, but as a Gloucestershire girl who values being part of this fantastic community and who adores the mag, I’m ready to take on the challenge and steer her into 2021 and beyond.”