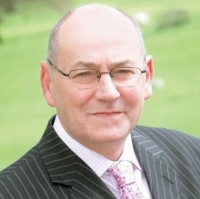 A former daily newspaper editor who later took charge of a regional news and lifestyle magazine is leaving after 14 years.

Mike Lowe has announced his departure from Archant’s Cotswold Life magazine, which he has edited since 2006.

He has declined as of yet to reveal what he will be doing after leaving the Cheltenham-based title on 16 December, but has confirmed he is not retiring.

He wrote: “I regret to inform you that January will be my last issue as editor of Cotswold Life.

“It’s hard giving up one of the best jobs in the business, but it’s time to let someone else have a go at driving the rattling train.

“I’ll be here for a while, so it’s business as usual for now.”

Mike spent two decades with Northcliffe, initially working as a sports writer in Lincoln before moving to the Hull Daily Mail and The Sentinel in Stoke-on-Trent.

He then edited The Citizen, the Telegraph and the Post, winning several industry awards in the process.