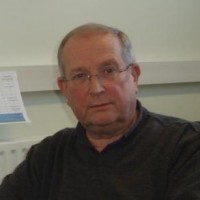 Two news websites have been launched to serve towns which lost their local papers – thanks to a partnership between an independent publisher and a hyperlocal news network.

Both Axminster and Seaton were formerly served by editions of the weekly ‘View From’ series, which Philip founded, before they ceased publication under different ownership in January 2018.

Philip, who is now the sole owner and managing director of Lyme Regis Media Limited, has agreed to provide editorial content for the two new Nub News-branded sites under the partnership.

His daughter Francesca, who edits Lyme Regis Media’s hyperlocal news site and paper LymeOnline, will also work on the Axminster and Seaton sites.

Philip, pictured, said: “Our LymeOnline paper and website, launched two years ago, is hugely popular and we have been under pressure to launch similar sites in Axminster and Seaton, two towns crying out for more comprehensive coverage of local events.

“That would be foolhardy in the current climate but the Nub News model can fill that gap with a low-cost concept.

“We already have good contacts in both towns and we look forward to being part of the Nub News set-up which will now include 35 towns in the UK.

“Small towns have all but been abandoned by the bigger regional publishers and many titles have closed in recent times.

“Nub News is definitely the way forward for hyperlocal news and I believe will become a force in local publishing.”

HTFP reported last week how LymeOnline had announced the launch of subscription-only paper LymeOnline Extra after suspending production of free newspaper due to the coronavirus crisis.

Nub News, which now operates in 35 towns across the UK, is currently advertising for new recruits with the eventual aim of taking on up to 200 journalists nationwide.

Discussing the new partnership with Philip and Francesca, Nub News founder and chief executive Karl Hancock said: “They are both passionate about how local news is presented and I am proud and honoured that they have joined our team.

“I’m looking forward to learning a lot from them.”