A regional daily has called for one of its patch’s sporting stars to be knighted after a marathon charity feat.

The Yorkshire Evening Post wants to see the title bestowed upon Kevin Sinfield, who has raised more than £2m for Motor Neurone Disease research after completing seven marathons in seven days.

Former Leeds Rhinos rugby league player Mr Sinfield, nicknamed ‘Sir Kev’, was inspired to take on the challenge in honour of ex-teammate Rob Burrow, who was diagnosed with the disease last year. 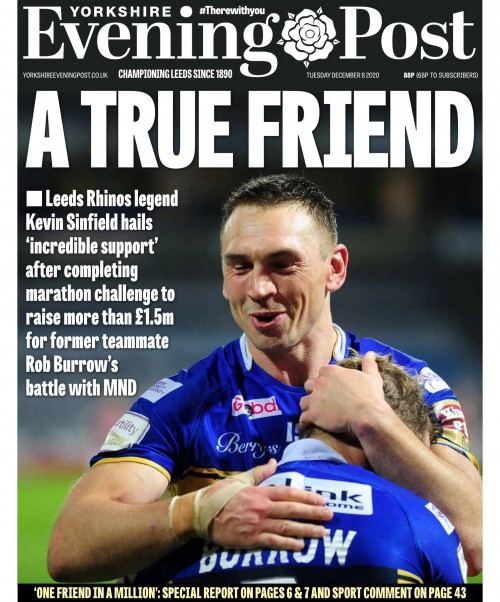 In an accompanying comment piece, editor Laura Collins wrote: “Today calls are made for Leeds Rhinos legend ‘Sir Kev’ to be formally recognised for his deeds both on and off the pitch.

“It was Sinfield’s remarkable show of strength, courage and, ultimately, friendship that saw his seven marathons in seven days capture the hearts of the nation.

“Many supporters have flooded social media platforms with calls for Sinfield to be knighted in recognition of what he has achieved – and the awareness he has helped to raise for those whose lives have been impacted by MND.

“To many fans he is already affectionately known as ‘Sir Kev’ for his leadership on and off the pitch, so we think it’s only right that the title he has long held is formalised once and for all.”