Newspapers across the country have marked the United Kingdom’s official departure from the European Union on their front pages.

Ahead of tonight, when at 11pm the UK will cease to be an EU member state, a number of regional titles have splashed on Brexit.

Many have opted for a neutral stance on the issue, which has divided the nation since the 2016 referendum.

But Glasgow’s Daily Record pulled no punches in its assessment that the country will be “isolated, worse off, weaker and divided” with a front page design which spoofed the new commemorative 50p coin being minted to mark the occasion. 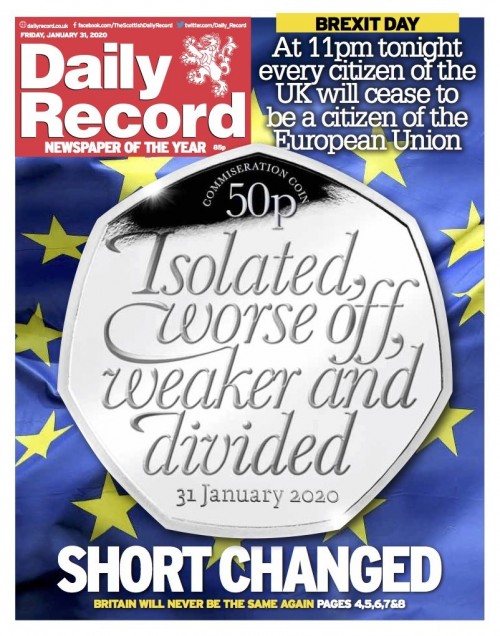 In the same city, Newsquest’s pro-Socttish independence daily urged the EU to “leave a light on for Scotland” and encouraged readers to photograph themselves with a copy of the paper. 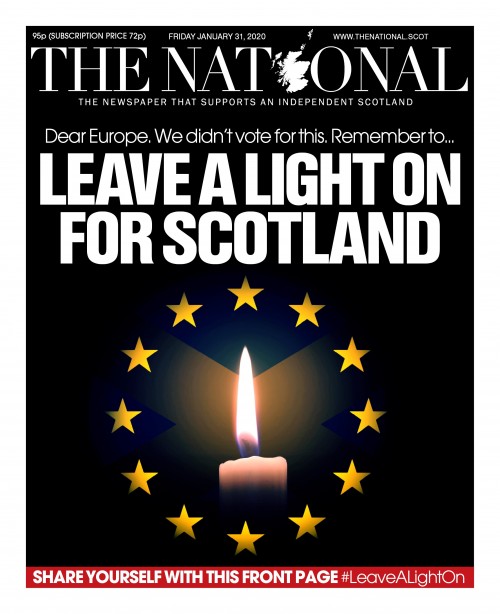 The National’s sister daily The Herald took a more historical approach to its front page design, showing contrasting images of Tory Prime Ministers Ted Heath and Boris Johnson signing the UK in and out of Europe respectively. 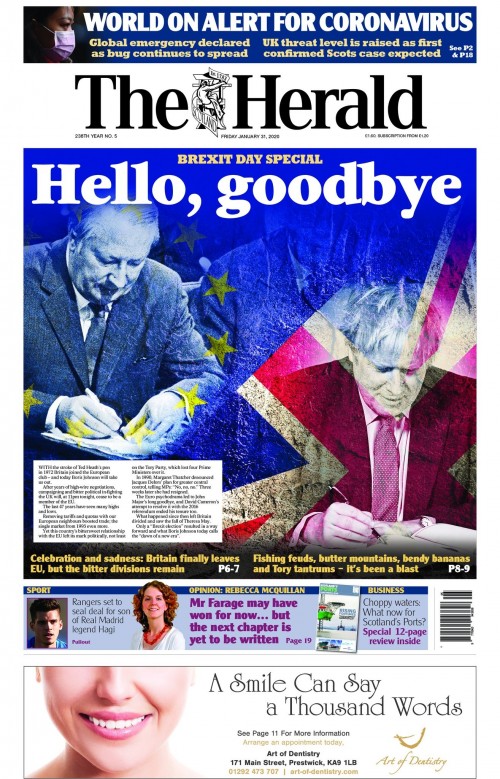 The Scotsman opted to bid “farewell” to the EU rather than “goodbye”, with the message appearing in 24 different languages on its front this morning. 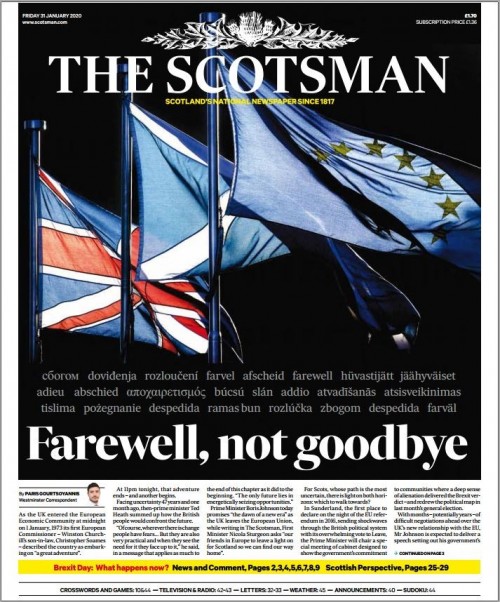 In England, the Yorkshire Post took a more upbeat tone by quoting Mr Johnson as welcoming the “dawn of a new era”. 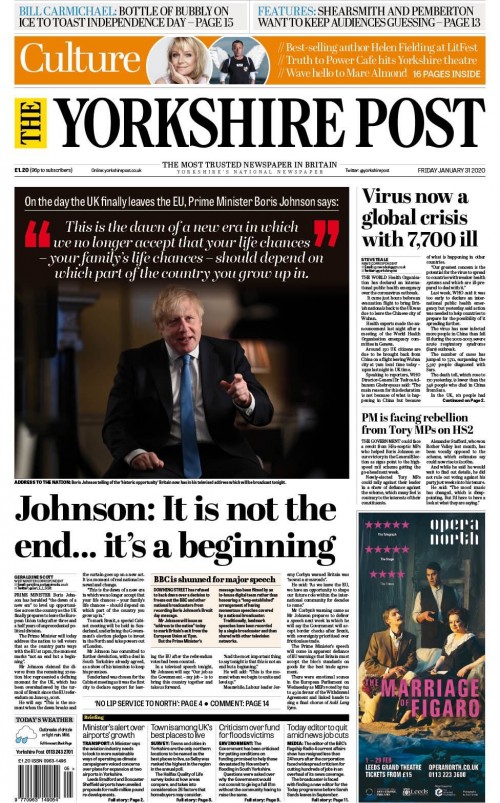 The Western Daily Press described tonight as “the moment you’ve been looking forward to for so long… or dreading”. 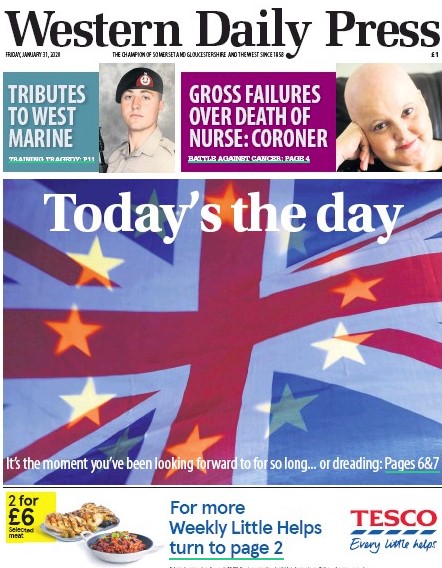 And The Nottingham Post chose to focus on what Brexit means for Nottinghamshire, as well as “the challenges ahead”. 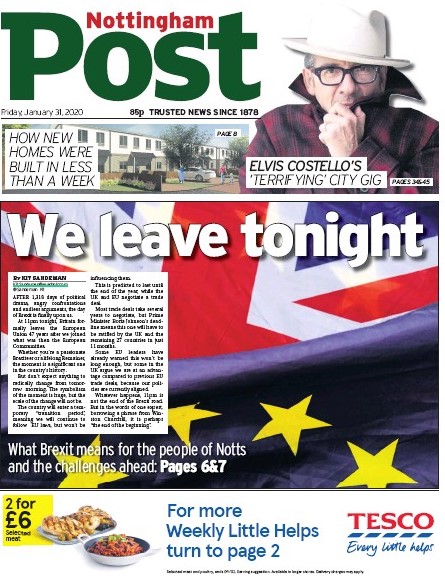