A council has claimed a local democracy reporter did not give its press officers enough time to provide a story comment – two days after she first enquired about it.

Sheffield City Council issued a statement on its website about a story by Lucy Ashton, who works for the city’s daily title The Star under the BBC-funded scheme, claiming it was “unfortunately published before we were able to provide a response”.

But the council’s decision to publicly comment on the matter prompted Lucy to set the record straight, listing on Twitter the attempts she had made to obtain a comment on the story.

The piece, on which the Star splashed on Wednesday, revealed the authority had used emergency powers to give £2.6m to Sheffield City Trust just days before announcing it was mothballing venues and considering redundancies. 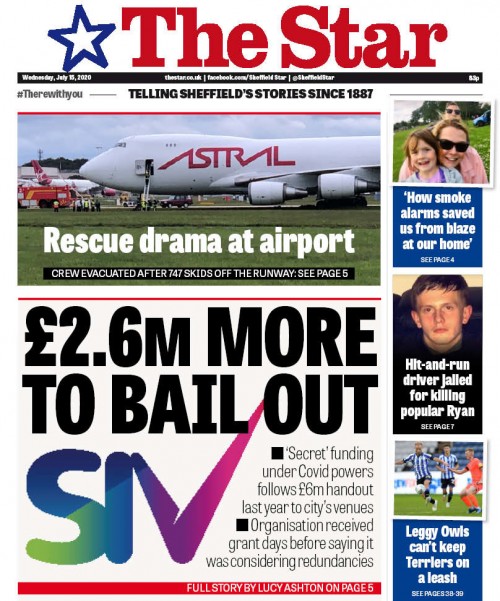 The council prefaced its comment, provided post-publication, with the following statement on its website: “Below is Sheffield City Council’s response to The Star report which was unfortunately published before we were able to provide a response.

“We were not informed of a publication date.

“Sheffield City Council operates a policy with the media where it always aims to respond to media enquiries.

“However, some media enquiries require considerable time for the information to be verified and checked before being released.”

In response, Lucy explained she had submitted three separate emails over the course of Monday and Tuesday in an attempt to obtain a comment.

Posting on Twitter, she wrote: “On Monday at 9.31am I emailed the press office asking for a comment. My email was not acknowledged.

“On Tuesday at 9.02am I emailed the press office again as a reminder. My email was not acknowledged.

“On Tuesday at 11.51am I emailed the council’s head of comms Mark McAdam, and the press office again, to say I had not received any replies. My emails were not acknowledged.

“The Star ran the story on Wednesday morning after three emails and two days of chasing the council for a comment.

“At 10.29am on Wednesday I received an email from a council press officer which said: ‘Apologies for not acknowledging your request. We’re doing our best to keep on top of things but some things get missed.'”