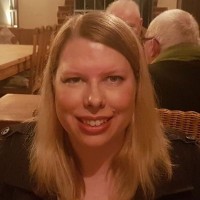 A charity has issued new guidance for journalists on covering cases of “cot death” in infants.

The Lullaby Trust has issued the new guidance after consulting with several bereaved families who have experienced media coverage of their child’s death.

The charity has issued five key pieces of advice for journalists reporting on sudden infant death syndrome, which includes urging them not to speculate on the cause of the baby’s death and only reporting certain details about the parents if it is relevant to the story.

The advice, which can be found in full below, has been issued in a guest blog for the Independent Press Standards Organisation by Lullaby Trust head of communications Christina Rolles.

Christina, pictured, wrote: “While reporting on a death is in the public interest, it is important to remember that these are families who are going through immense trauma and are extremely vulnerable. The manner in which the death of their child is reported can have a tremendous impact.

“When done well; media coverage can help a family to feel supported by the wider community and potentially help raise awareness. However, sensationalist and inaccurate reporting can cause much additional hurt and grief.

“Sudden infant death syndrom, sometimes known as cot death, is when a seemingly healthy baby dies and no cause is found. There can be a lack of understanding around the processes that take place after a SIDS death so is important that journalists understand these so they can report on any death accurately.

“It is a requirement in the UK that all sudden and unexpected infant deaths are reported to the coroner and the police. The police will investigate all sudden infant deaths.

In some regions it will be the child abuse investigation team that investigates sudden infant deaths. This is standard procedure so does not suggest that there is any wrongdoing.

“Similarly, an inquest is common practice if the cause of death remains unknown. Parents may be called as witnesses and the purpose is to find out who died, how and when and to further establish the cause of death.”

The Lullaby Trust’s advice in full is as follows:

– It is standard procedure for the police to attend the family home, and does not suggest any wrongdoing by the family, so avoid sensationalising the police visit.
– Don’t speculate on the cause of the baby’s death. It can take some time for a Coroner to identify the cause of death, and speculation in the media can cause the family further grief or give them false hope that the death will be explained.
– Allow the family time to grieve. Sometimes the death of a baby is reported shortly after the infant has died. The Lullaby Trust would suggest giving the family space and time to grieve before contacting them.
– When a baby has died suddenly and unexpectedly, only write about the parents’ age, race, colour, legal status, marital status or employment status if it’s relevant to the story.
– Reference the evidence-based safer sleep advice that can help to reduce the risk of SIDS occurring.

If you are writing an article about SIDS or a sudden unexpected death in infancy, The Lullaby Trust can offer support by:

– Putting journalists in touch with a case study who is happy to share their personal story of losing a child.
– Providing expert quotes on the causes of SIDS and the evidence-based safer sleep practices that reduce the risk.
– Signposting to other relevant baby loss charities or organisations.
– Providing online information with the latest UK SIDS facts and figures.