A woman has discovered a photograph of her dead mother from almost 60 years ago after browsing a regional daily’s archives.

Jane Lloyd found the picture of her mum Alice Griffiths, who died in 2016 aged 91, after spotting it by chance on the archive website of Wolverhampton daily the Express & Star.

Earlier this year the Express & Star made 3,000 photos dating back to the 1960s available free to the public online, as part of a project which eventually aims to preserve its entire 140-year-old archive in digital form.

Mrs Lloyd came across the photo from January 1961, which she had never seen before and shows her mother working at a chainmakers. 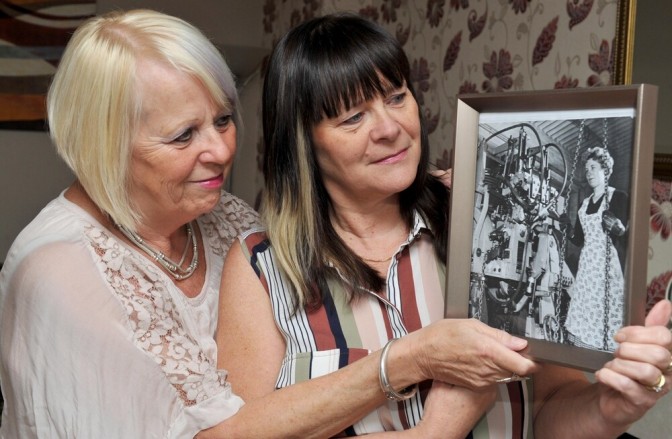 Sisters Wendy Chater, left, and Jane Lloyd with the picture of their mother Alice Griffiths

The 55-year-old, from Dudley, told the E&S: “The photo was taken three years before I was born and I had no idea it existed.

“I was doing some online research into local history for Cradley Heath on behalf of a friend when I came across the Express & Star photo archive website.

“When I was scrolling through the photos of Cradley Heath, I was taken aback to see my mum in there.

“It brought a lump to my throat as none of the family knew she had been photographed at work back then. It was unbelievable to see her.”