A weekly newspaper has vowed to continue a six-month-long Freedom of Information fight after being “thwarted at every turn” by two public bodies.

The Banbury Guardian has had FoI requests regarding the privatisation of Oxford’s NHS cancer scanners rejected by both Oxford University Hospitals NHS Trust and NHS England since it began investigating the matter in March.

The Guardian has been fighting to make public documents which explain how the decision was made to privatise the contract for the PET-CT scanners “against the wishes of everyone – except NHS England.”

According to reporter Roseanne Edwards, clinicians and campaigners have tried to keep the service within OUH, only to be “thwarted at every turn.” 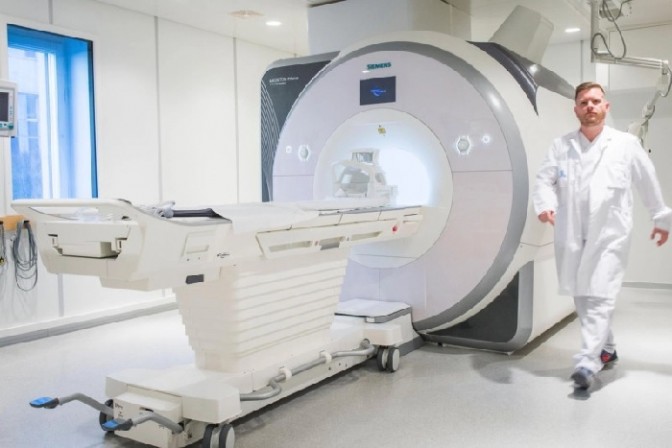 OUH first failed to give correspondence between it and NHS England to the Guardian within the statutory limit of 20 working days after a request in mid-March.

In a comment piece on the matter, Roseanne wrote: “When it finally released the correspondence it was incomplete, missing out ten critical weeks of correspondence which we believe would explain why OUH management moved from fierce opposition to a contract handover and refusal to work with InHealth, to a supposed ‘partnership’ that gives InHealth the whole contract for the Thames Valley for operating two mobile scanners at Milton Keynes and Swindon.

“The OUH will be a subcontractor to a company that is doing a minute fraction of the work. OUH’s experts, who will be doing the vast majority of the sophisticated work, are said to be furious.

“After all that, when we finally got the ‘missing papers’ it was clear there were still crucial emails that had been left out. We want to know what NHS England said to OUH to compel it to change its mind and go along with the privatisation. We think the public has a right to know.”

The Guardian put in another FoI request in early July asking for all correspondence, internally and externally, connected with its original FoI request.

Roseanne added: “The OUH has failed to release that too and has still not met its obligation under the FoI law. Repeated reminders have been ignored.

“The Banbury Guardian also sent a FoI to NHS England requesting evaluation documents on its decision but NHSE has refused, using a commonly employed exemption that releasing the information might prejudice commercial interests and that it failed the ‘public interest’ test since it may prejudice negotiations.”

The Guardian has now asked the NHS for an Internal Review.

“Here we have health care bodies which have not been open and accountable about how decisions on services will be made – including whether or not they will be privatised. This is not acceptable.”

A spokesman for the Trust said:  “Oxford University Hospitals (OUH) NHS Foundation Trust takes its legal responsibilities under the Freedom of Information Act as a public body very seriously.

“We are grateful to the Banbury Guardian for their coverage of the PET-CT scanners contract issue, in support of our cancer patients and the clinicians who care for them. Thanks to the support of the media, MPs, local councillors and the public, last week we were able to announce that the PET-CT service run by OUH at the Churchill Hospital in Oxford will be retained by NHS England, which commissions this service.

“More information about this good news is on our website and has been widely reported by the local media, including the Banbury Guardian.”