A weekly newspaper is set to be the first title to move home after a regional publisher launched a review of five of its offices.

It is understood a deal is currently being finalised which would see the Harrogate Advertiser leave its existing offices in Cardale Park to a new, as-yet unconfirmed, headquarters nearby housing the six staff who currently work there.

The proposed move comes after Advertiser owner JPIMedia revealed last month that it was examining its “space requirements” in Harrogate, as well as in Belfast, Peterborough, Sunderland and London’s Cavendish Square.

The move could see the newsrooms affected merged or relocated. 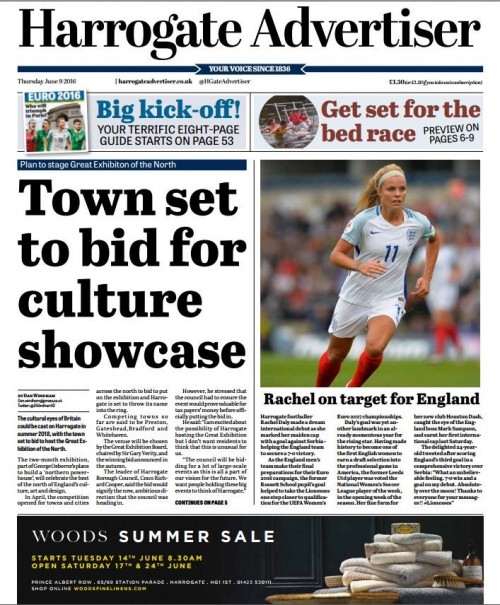 Under the same review the company confirmed to staff that it intends to keep its offices in Leeds, Edinburgh, Preston and Sheffield, as well as London’s Derry Street, where the i newspaper is based, and Stamford, where the company’s payroll department is based.

HTFP understands the lease on the Advertiser’s new office is currently being finalised before the move is officially confirmed.