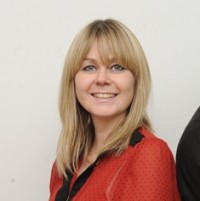 Rotherham Advertiser deputy news editor Adele Forrest, pictured, won her battle to overturn an unlawful court order keeping secret the identities of three men, who were among six to be convicted on a total of 20 counts last week following a trial at Sheffield Crown Court.

The restrictions involving two of the men had been made while the judge was sitting in chambers, meaning Adele and another reporter covering the trial were not given advanced notice or invited to challenge them.

According to a piece by the Advertiser explaining what had happened, Adele was subsequently invited to address the court by presiding judge Michael Slater.

She said: “I not only believed the manner in which [the restrictions] had been made was unlawful but I also believed correctly that the grounds on which they had been granted for two of the defendants were invalid.”

In delivering her argument, Adele cited rule 16.2(3) of the Criminal Procedure Rules 2013, which states a court should not impose a restriction unless each party and any other person directly affected — including the media — was present or had been given the opportunity to make representations.

The rule also requires that parties applying for a reporting restriction, should, if the court directs, give the media advance notice.

Guidance by the Judicial College also states that courts should invite media representations when first considering making orders and the need for an order must be “convincingly established”.

After considering Adele’s application, Judge Slater said the information he had been previously provided with was “inaccurate” and lifted the restrictions on identifying two of the men.

He added he had made the restrictions in his chambers due to the “sensitivities concerning this case”, but that he had kept “firmly in mind” the principle of open justice.

Adele said: “Not being allowed in court to hear defence counsels’ arguments for applying for the restrictions meant we were on the back foot.

“If I had not been present in court for those first two days, the trial would have opened with two restrictions made due to inaccurate information.”

Adele also successfully applied for a reporting restriction against naming Aftab Hussain to be lifted, arguing the restriction should be amended to allow him to be named while making no mention of a previous trial in which he was convicted.

Speaking to HTFP, Advertiser editor Andrew Mosley said: “This shows just how important it is for local newspapers to cover courts and ensure that readers and the community in general receive the information they are entitled to.

“It also shows how vital it is that staff are fully aware of media law and able to fight the wrongful imposition of reporting restrictions.