A weekly newspaper is planning to expand to cover areas previously served by a now-defunct rival – creating a new job in the process.

The Bishop’s Stortford Independent has revealed that it is aiming to begin covering towns previously served by the Herts & Essex Observer, which was one of three weeklies to be closed across the South of England by Reach plc at the end of January.

The Independent was set up by Iliffe Media in October 2017, with former Observer editor Paul Winspear and news editor Sinead Corr on the launch team.

The paper is also based in the Observer’s former office in Bishop’s Stortford, and has solely concentrated on covering the town until now. 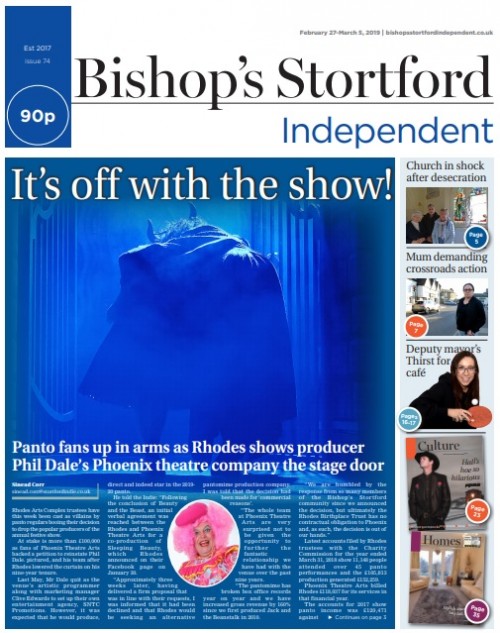 But plans have now been revealed which will see a part-time reporter recruited to cover neighbouring Sawbridgeworth and Stansted Mountfitchet, which were previously on the Observer’s patch.

Paul told HTFP that the Independent’s own analysis of its sales showed they had increased by more than 1,000, to 3,793, two weeks after the Observer folded – a 25pc year-on-year rise.

He added: “I believe our success thus far – and I’m aware that we’ve been going only 17 months – is a reflection of the fact that we strive to make our hyperlocal content relevant to the lives of our readers and followers.

“That’s why our news editor Sinead Corr attends town council meetings every Monday evening and why our reporter Cat Barkley has face-to-face briefings at the police station every week.

“We have discerning audiences who want to know about the issues that affect their day-to-day lives and who will not be fobbed off with meaningless listicles and celebrity gossip.

“Beyond that, we hold up a mirror to the town and reflect the numerous positive aspects of life in Stortford, giving our readers a much fuller sense of identity about where they live.

“All in all, the signs are encouraging, but we are not complacent and continue to be reliant on, and thankful for, the support and genuine warmth of our readers and followers.”

A record 108,783 monthly unique visitors also visited the Independent’s website in February, beating the previous best of 106,162 set in January, while Paul added the number of death notices, public notices and advertisements had also increased.