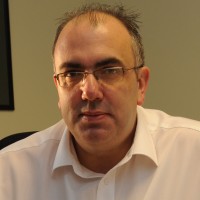 An editor says dealing with online reader comments is now one of the “most challenging” aspects of his journalists’ work after revealing they prompt more complaints to his newspaper than the stories.

Andrew Harrod, who edits the Barnsley Chronicle, says the highest percentage of complaints he receives now relate to people leaving comments on his paper’s social media channels, rather than the accuracy of stories.

Andrew, pictured, made the revelation in his paper’s annual report to the Independent Press Standards Organisation, which is filed by all of the press watchdog’s member publishers.

In the corresponding report by publishing giant Newsquest, it was revealed that Wrexham daily The Leader was referred to the Attorney General’s office for consideration of contempt prosecution after prejudicial comments were posted on a story about a crown court trial at Mold, although “speedy action” was taken to remove the comment and the AG agreed it was not appropriate to take any action against the “innocent publisher”.

Other disclosures in the reports, which have been published on the IPSO website, include:

In a section of his report outlining the family-owned Chronicle’s editorial standards, Andrew discussed the impact social media had had on his newsroom in recent years.

He wrote: “Dealing with social media – particularly users’ comments – has proved one of the most challenging aspects of the editorial department’s role in the last couple of years and this continued throughout 2018. Indeed, the highest percentage of complaints we receive actually relate to users’ comments rather than the accuracy of the story.

“Since last year’s report, we have also noticed a small but rising number of requests from people wanting to exercise their right to be forgotten and we now have a procedure in place to look at these requests regarding our online content.

“However, public understanding of this entire process is still quite limited and already so far, we have received some requests which have not, in our opinion, been justified and have, therefore, been rejected.”

In his report, Andrew also touched upon his policy with regards to using social media as a source for stories.

He wrote: “As with most media outlets, we use these extensive online connections to search out story ideas, follow up leads and make contact with people. However, we have a strict policy that we do not publish a story obtained from social media sources without first checking its accuracy and authenticity. We do no share/re-tweet posts where we are unable to confirm authenticity.

“When we follow up a story garnered from social media, our general procedure is to contact the original source and ask for their co-operation. If that is not possible, we will then take alternative steps to check accuracy. These steps might include directly contacting other people mentioned in the original post, for example.

“As in my last report in 2018, I can confirm that we still refuse to carry stories emanating from social media where we have not been able to confirm their accuracy. I believe this is the responsible stance to take and do not envisage this changing while I remain as editor.”

The annual reports for each member publisher are now available to read on IPSO’s website.

In an accompanying blog, IPSO standards officer Rosemary Douce wrote: “One of the main requirements of an annual statement is to address actions taken in response to upheld complaints to prevent the same issue occurring again. Some complaints raise serious concerns and it is important for IPSO to see evidence of publishers taking these seriously and endeavouring not to repeat them.

“For example, after a breach of the Code when reporting on suicide, JPIMedia held a briefing with local teams and developed a training module in association with the Samaritans which was mandatory for all staff. The Telegraph always produces a monthly bulletin for journalists and holds briefings with editorial staff, in order to identify errors and lessons to be learnt.

“It is always encouraging to see positive feedback about IPSO-run training sessions in the statements. Midland News Association ran some sessions last year and said they stimulated a lot of debate and were well received by those attending. Iliffe Media Group said the training they took part in was useful in reminding staff about IPSO’s pre-publication advice service.”