A memorial to air crash victims whose death was “hushed up” by Winston Churchill has been unveield thanks to a weekly newspaper.

The Hereford Times had campaigned for a memorial to be put in place for Alan Blumlein, who died along with 10 others in a plane crash on the banks of the River Wye in 1942.

The Halifax bomber in which Blumlein was flying had been converted into a flying lab for tests on top-secret radar technology, and had caught fire at 15,000-feet before plunging to earth.

Mr Blumlein’s immense contribution to the war effort, as well as the development of stereo sound and other technical innovations, was “hushed up” after his death on the orders of Prime Minister Winston Churchill “for fear of giving succour” to the Nazis. 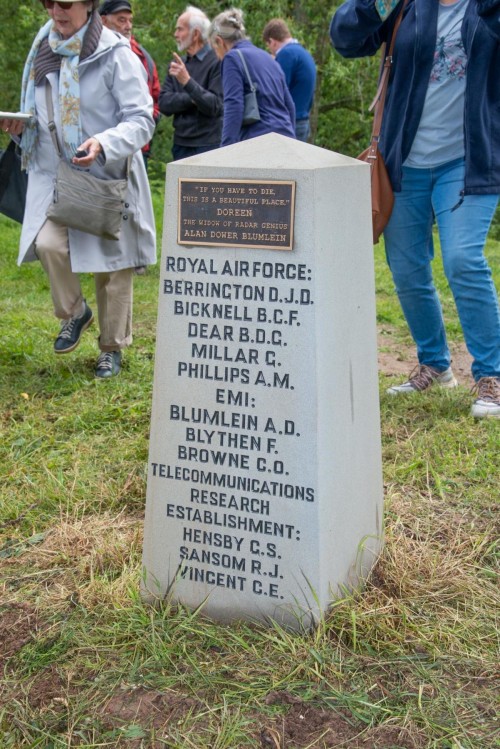 Times readers raised more than £5,000 for the memorial, pictured, in a little over two months.

Mr Blumlein’s sons Simon and David, along with Mike Phillips, son of the plane’s co-pilot, shared the honours of unveiling the memorial earlier this month.

Times editor John Wilson told HTFP: “The isolated part of Herefordshire where these men died is now marked by a memorial.

“Walkers will no longer pass by without learning of that sacrifice, and perhaps pausing to reflect.

“Only a local newspaper like the Hereford Times could have galvanised so many people to make it happen. We feel proud and privileged to have played our part.”