Review of 2019: The campaigns that made a difference

A change in the law on organ donation, a review of ‘smart’ motorways, a fresh investigation into historic abuse allegations at a school and arrests over an alleged paedophile ring in Northern Ireland.

Those were just some of the outcomes prompted by regional newspaper investigations and campaigns in 2019 as local press journalists continued to fight for their readers.

During 2019 the Impartial Reporter succeeded in getting more than 70 possible child sex abuse victims to come forward and tell their story, prompting detectives in Northern Ireland to arrest a number of people over an alleged paedophile ring.

And an Eastern Daily Press probe into a school dubbed the “home of horrors” also caused detectives to launch a fresh investigation into abuse allegations, while an investigation into hundreds of deaths at a hospital was reopened by police thanks to Portsmouth daily The News. 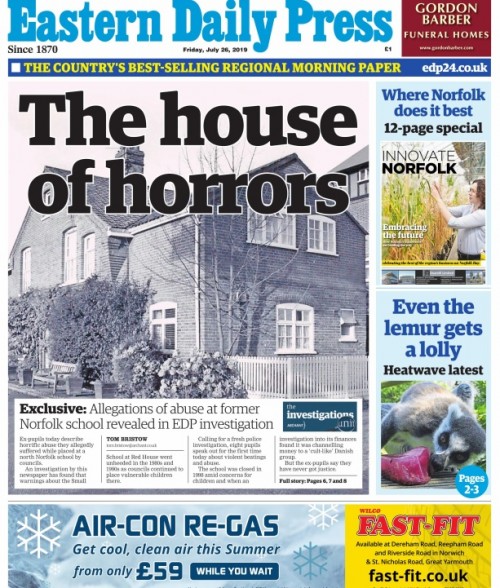 The regional press also forced political change, with the Cambridge News successfully lobbying to remove absentee councillor Donald Adey from office after he continued to claim an allowance despite living 400 miles off-patch.

And three newspapers in Northamptonshire halted a council’s plans to scrap cautionary gritting on hundreds of miles of roads.

The Liverpool Echo prompted a government U-turn on benefits after covering the story of a six-stone man, who sadly later died, while pressure from the Nottingham Post led to ministers announcing a review of ‘smart motorways.’

And the Birmingham Mail won its fight for new inquests into the 1974 Birmingham pub bombings. 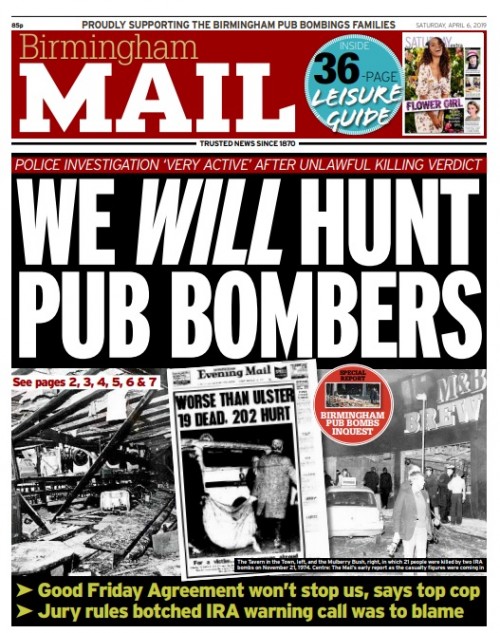 An eight-year campaign by the Glasgow Evening Times succeeded in changing the law on organ donation in Scotland, with the Greenock Telegraph also winning a four-year fight to get justice for murdered pets there.

And military causes past and present were among those to benefit from regional press work too as defence chiefs pledged to act on forces suicides thanks to a JPIMedia-wide investigation.

Meanwhile the Hereford Times helped install a memorial to Second World War air crash victims whose death was “hushed up” by Winston Churchill and Sheffield daily The Star reunited a First World War soldier’s family with his medal 103 years after his death.

The site of the UK’s only WWI battlefield museum was also saved by a regional daily, as the Hartlepool Mail and Swedish heavy metal band Sabaton coming together to keep the Heugh Battery site operational. 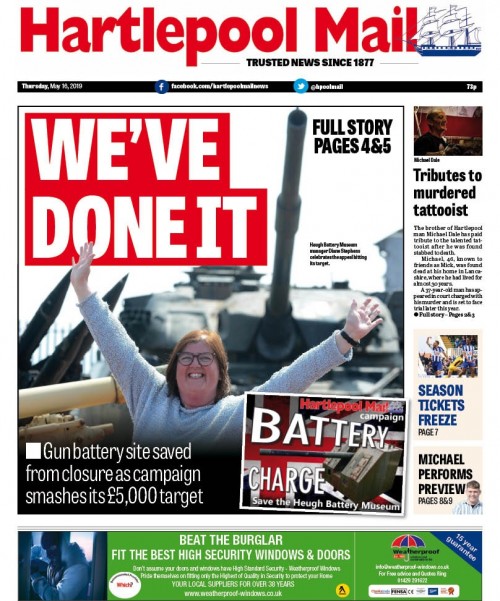 How the Mail covered the campaign victory

The Chorley Guardian succeeded in opening a new food bank for its patch, and the Yorkshire Evening Post smashed its target of raising £3m for the industry’s longest-running charity appeal before Christmas.

The YEP’s call to honour sporting heroes from its patch also achieved success, while sister daily the Yorkshire Post helped recover thousands of pounds for the elderly victim of a conman.

More than 1,300 young people will now receive water safety lessons thanks to Stoke-on-Trent daily The Sentinel, while youngsters in Edinburgh will get access to improved sporting facilities due to the Edinburgh Evening News.

But the last word goes to the Bristol Post, which ran a successful appeal to reunite a man with a phone sex model with whom he conversed almost a decade ago.