A tribute to an England footballing legend who later went into journalism has been voted the best front page of 2018 by HTFP readers.

The Blackpool Gazette marked the death of the town’s most famous player, Jimmy Armfield, with a black and white image of him running along the sands in front of Blackpool Tower.

Now HTFP readers have voted it their favourite front page of the past 12 months in our annual poll, with nearly 4,000 votes cast.

The Gazette’s tribute gained 1,277 votes, ahead of the Cambridge Independent’s coverage of the death of physicist Stephen Hawking with 731 and the Manchester Evening News’ commemoration of the first anniversary of the Manchester Arena attack with 581. 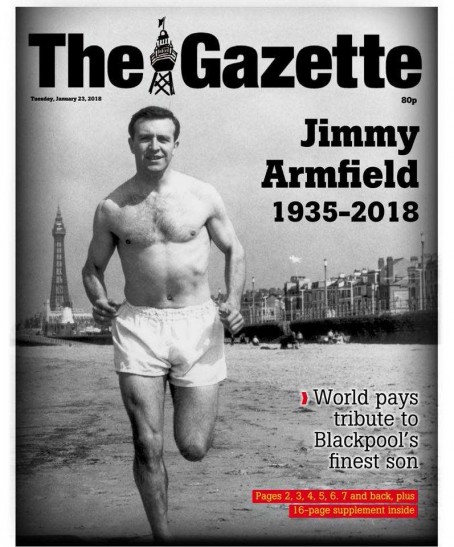 Jimmy, who died last January at the age of 82, played around 600 games for Blackpool FC and won 43 caps for England, before a career in management which saw him lead Leeds United to the 1975 European Cup Final.

He also spent nine years at The Gazette, writing about sport on a part-time basis, and became a well-known broadcaster and commentator nationally.

Gazette deputy editor Andy Sykes said: “We’re absolutely delighted to have been chosen by the readers of HoldtheFrontPage for this coveted award.

“We wanted to do Jimmy and his family justice with our tribute coverage and this was the ideal picture to use. You don’t need many words when you have a picture that good. It encapsulates Jimmy in his hometown but it is also understated and proud – just like Jimmy himself.

“Dean Mellor in the Sheffield subbing hub brought our idea to life wonderfully and he deserves huge credit too.

“We take particular pride in the fact Jimmy’s son Duncan Armfield was so fond of the front page that he urged his Twitter followers to vote for it. We dedicate it to Jimmy, his family and every club and charity who were fortunate to be graced by his loyalty and integrity throughout his life.”

The Gazette becomes the sixth winner of our annual contest, launched in 2013, and the third to triumph with a football-related front page.

Here is the roll call of previous winners. 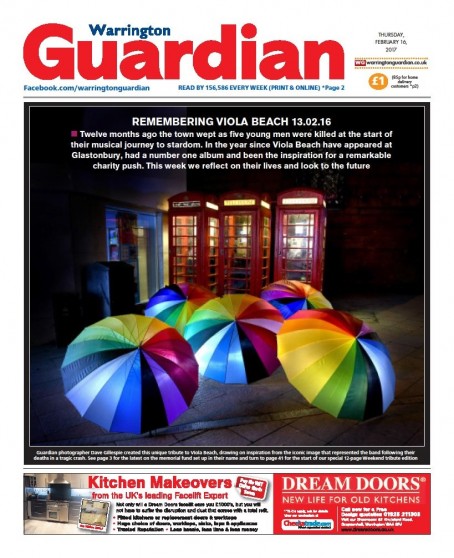 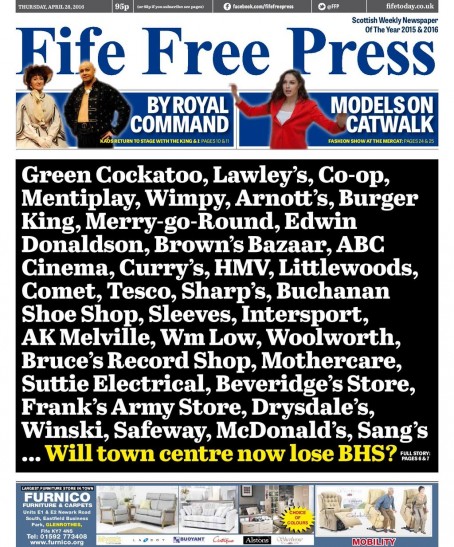 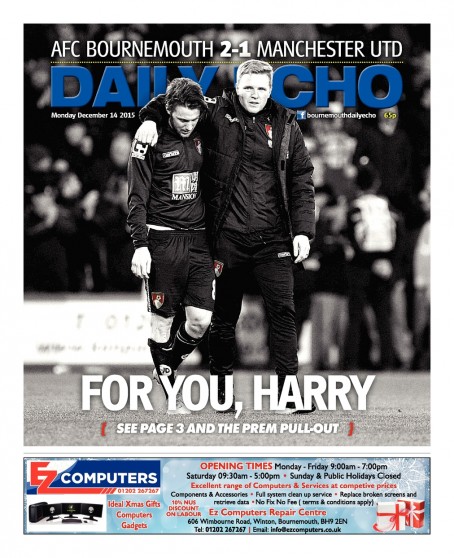 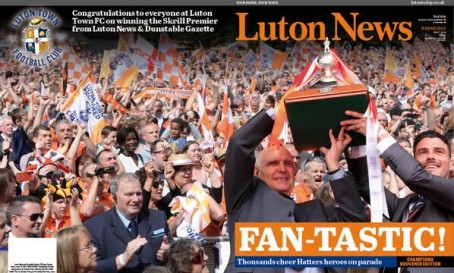 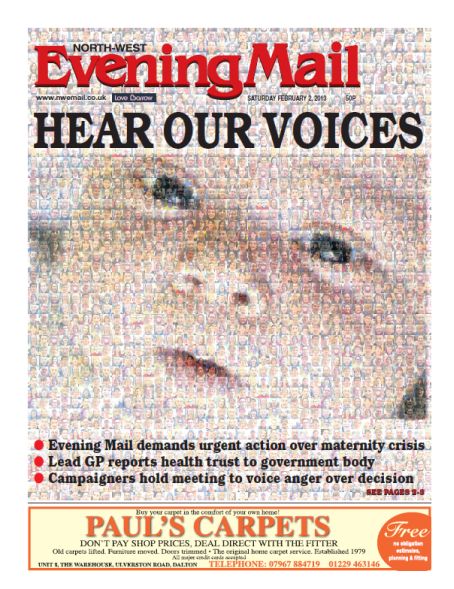