Three independent weeklies have moved from being paid-for to free titles as part of a relaunch which also sees their websites merge.

Quest Media has announced the move at the Tameside Reporter, Glossop Chronicle and Oldham Reporter, which between them currently sell an average of around 4,750 copies a week.

The three titles will continue to be published weekly, but in what bosses are calling an “all new clesan business model,” they will now have a combined distribution of 25,000 copies in total – 15,000 in Tameside and 5,000 each in Oldham and Glossop.

ABC audited figures for April to June 2019 showed the Tameside Reporter had a circulation of 3,990, with 2,512 being paid-for single copies, while the Glossop Chronicle sells an average 2,053 copues – all paid-for.

The Oldham Reporter, one of three titles which launched in the wake of the 2017 closure of the Oldham Evening Chronicle, currently, has a circulation of 759, of which 256 are paid-for. 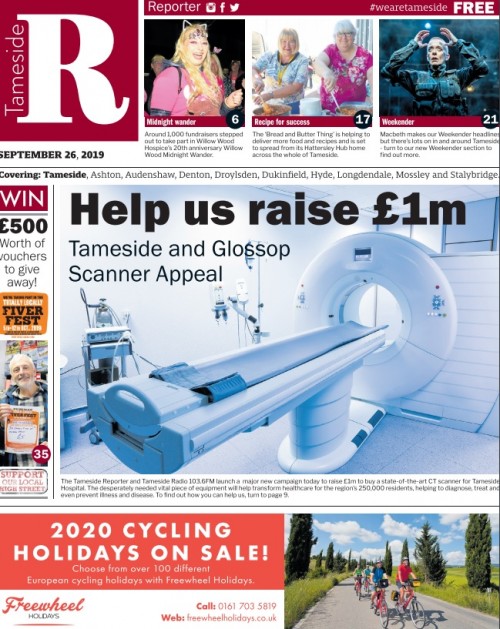 Nigel Skinner, who edits the Reporter titles, said:  “Before our distribution had been piecemeal – delivered for sale through Smiths and by ourselves and split as paid for and free. The papers cost 60p.

“We now have an all new clean business model – and are printing and delivering more newspapers than before as a way of giving something back to our communities.”

“The papers have been completely remodelled – but at their core will continue to be packed with traditional local news for our communities. However, there is a new eight page weekend section to focus on local what’s on events, reviews, columns – including contributions from our radio station correspondents.

“The launch was hugely well supported – and is a clear demonstration of the high regard local residents hold for their local newspapers and radio station – with the Tameside Reporter having served the area for 164 years. We also revealed our new campaign to raise £1m for a new scanner for Tameside Hospital.”

The titles have also undergone a redesign to coincide with the move, while the titles’ websites have been merged into a single platform, www.questmedianetwork.co.uk, which is also shared with the company’s radio station Tameside Radio.

At a launch event marking the changes on Thursday, Chronicle editor David Jones was also named honorary president of Quest Media Network in recognition of being with the newspaper group for 55 years.

Chris said: “I am delighted to be a part of one of Tameside’s biggest success stories. The rebrand has been a long time coming – there is an opportunity and gap in the market for local media to now flourish and I want to take the newspapers and radio to the next level.

“I have a great team and we’re looking forward to a new beginning for all of the platforms.” 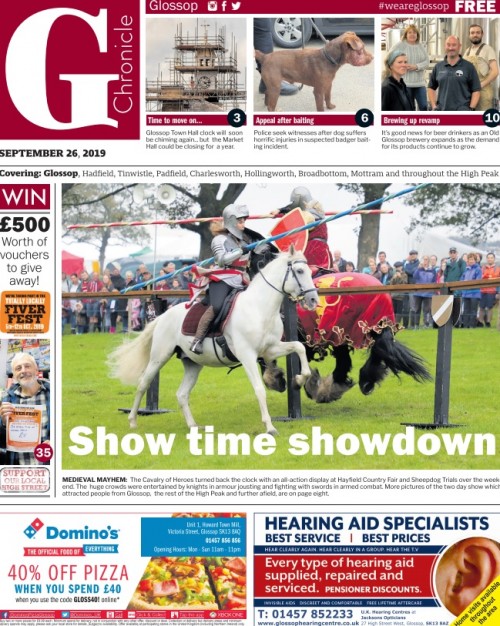