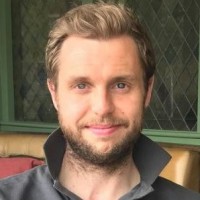 A former car salesman, farmer and publican has been appointed a regional publisher’s new digital ‘guru’.

Newsquest has announced Pete Grant as the new digital content, social and audience manager across its network of over 160 websites.

Award winner Pete, pictured, has most recently worked as regional digital audience and content editor for Newsquest Buckinghamshire, Berkshire, Oxfordshire and Wiltshire, having begun his journalism career as a trainee news reporter at the Bucks Free Press.

He replaces Sam Shepherd, who has decided to leave the business.

Pete said: “I’m thrilled to be given this chance to continue the great work of Sam in leading the company forward digitally.

“We have some of the most talented people in the business working at Newsquest and I’m looking forward to continuing the momentum that we’ve established under Sam’s leadership.

“I’m passionate about digital storytelling and I can’t wait to get started.”

Pete worked in jobs including car salesman, arable farmer and publican in his youth before studying English at Goldsmiths, London, and later completing an intensive NCTJ course at News Associates.

After passing the National Qualification in Journalism while at the Free Press, he was promoted to content editor at the High Wycombe-base weekly and later served as digital editor at the Oxford Mail.

Pete was named winner of the Digital Media category in the Newsquest Excellence Awards 2018 for his work.

Toby Granville, editorial development director at Newsquest, said: “I’m delighted to appoint Pete as he is — like Sam — a natural digital ‘guru’.

“He has demonstrated outstanding online skills in his previous roles — and now he’ll be able to put them to greater use group-wide at this exciting time as we take our soaring audience growth to the next level.”