National and regional newspapers have recalled their most memorable front pages of the past two decades to mark 20 years of the Society of Editors.

The SoE asked national and regional titles to supply their best front page since 1999 to celebrate the occasion.

Among the papers to respond was the Manchester Evening News, which chose a splash it ran in May 2018 marking one year since the Manchester Arena bombing.

The front page image featured a love heart comprised of bees, a symbol of Manchester which was used prominently following the atrocity as a mark of unity.

A total of 22 bees formed the overall image, representing each person who perished in the atrocity.

Glasgow-based daily The Herald selected an effort from April this year which parodied Trainspotting.

The picture, run on the front of its Sunday edition, spoofed the opening lines from Danny Boyle’s 1996 film in order to address the “chaos” caused by Brexit.

Belfast’s Sunday Life went further back in time for its submission, a front page wraparound run in 2005 following the death of footballer George Best. 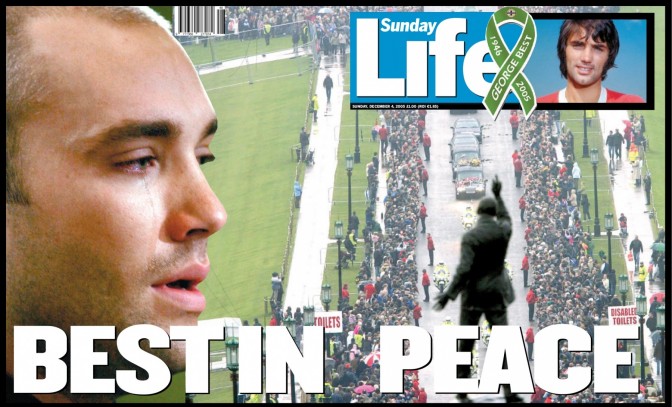