Regional journalist hits back after MP brands him ‘inept’ on Twitter 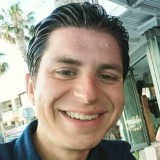 A regional journalist has hit back after being publicly branded “inept” by an MP over a story he wrote.

Mr Pollard had revealed the city’s Derriford Hospital had been placed on the highest operational alert, known as ‘Opel 4′.

Posting on the social media website on Monday night, the Conservative politician criticised both Mr Pollard and Miles over the story’s publication.

.@LukePollard enlists the help of his inept journo mate @ph_milesoleary to force local hospital to reassure the City about a hospital not even in his constituency. Classy guy. Imagine if Plymouth had another MP who genuinely put the City above pathetic party lines. pic.twitter.com/PBHbNcqc0d

Mr Mercer wrote: “Luke Pollard enlists the help of his inept journo mate [Miles] to force local hospital to reassure the city about a hospital not even in his constituency. Classy guy.

“Imagine if Plymouth had another MP who genuinely put the city above pathetic party lines.”

However, the attack prompted Miles, who joined Plymouth Live in 2017 after working as head of politics at Portsmouth daily The News, to defend himself and the story.

He responded: “Pretty shocking personal attack if you ask me. Not the first time either. Intention is to inform the public about what’s happening in their community and in their local hospital.

“I don’t care for party politics. Neither do the public. Time to wise up, Johnny.

“Also, I’m always at the other end of the phone if you want to chat. Don’t resort to dirty tactics over Twitter.”

It is not the first time the Plymouth Herald has been caught up in a Twitter controversy involving Mr Mercer.

In October, the phrase ‘Plymouth Herald’ became a top trend on the social media site after the MP questioned whether someone had insinuated that his wife was a prostitute in a comment left on the newspaper’s website, Plymouth Live.