A regional daily has lost what its editor described as a long “battle” to keep its four district editions as he announced it is to move to a single edition from next month.

Mark Waldron, editor of Portsmouth-based daily The News, told staff that attempts to axe the paper’s current four-edition structure had been “fought off” on many occasions – but that the battle had now been lost.

The News currently publishes separate editions for Portsmouth, Havant & Waterlooville, Gosport and Fareham, but will run one edition covering its whole patch from 15 April.

Mark revealed the change in a memo to staff, which has been seen by HTFP, but stressed the paper would continue have dedicated reporters serving the patches affected. 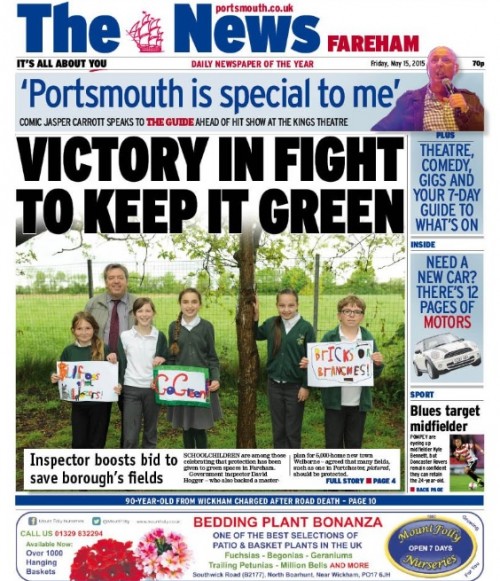 He wrote: “We have long fought to keep our edition structure when most other daily titles gave up theirs around 10 years ago. It’s been a constant battle to justify them, one we have fought off on many occasions but one which has now been lost.

“This does not mean that we lose the focus on Havant, Waterlooville, Gosport and Fareham. And it certainly doesn’t mean it lessens the need to have reporters for these patches.

“They are still vital parts of our area and deserve dedicated coverage, especially with the brilliant stories they always bring in.

“So our coverage remains consistent – it is only our ability to shout about stories from the editions we lose.”

The change was announced last week on the same day JPI revealed it was looking to relocate The News to a new office on its patch.

HTFP understands premises in Havant and Port Solent are currently being considered.