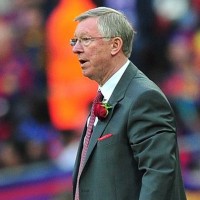 Reach plc has been urged to draw inspiration from legendary football boss Sir Alex Ferguson amid claims the company is the frontrunner to buy JPIMedia’s regional titles.

A report in the Financial Times earlier this week suggested a deal worth around £50m is on the cards.

Now in a column about the potential deal, FT writer Matthew Vincent described the purchase of JPIMedia as a possible “last-minute winner” for Reach.

During Sir Alex’s time in charge at Manchester United, it was often touted that the team would score late goals in “Fergie-time”, a period of time allegedly added on to the end of games by referees when his team were not winning.

Wrote Matthew: “When Jim Mullen stood down as the boss of bookmaker Ladbrokes, he enrolled in a Harvard course once taught by football manager Sir Alex Ferguson.

“It may serve him well now he is running Reach, the UK’s largest publisher of local newspapers. Because, with the clock ticking down on this unrewarded activity, he needs a last-minute winner in what Manchester United fans used to call ‘Fergie-time.'”

“It is, arguably, a last chance for the group to grab more scale in its local news business, which was built up through a £45m purchase of The Guardian’s 31 regional papers — among them the Manchester Evening News — plus a £220m acquisition of Local World, which added another 83.

“And scale is the only goal worth pursuing in this game — as it is the only way to achieve the cost cuts and digital revenues needed to stay profitable.”

Matthew went on to claim cost cuts “can be quickly achieved” by centralising roles in both advertising and editorial, adding digital revenues can be increased faster by adding more readers and making money out of them “more effectively”.

But he added: “However, the danger is that Reach misses this last chance by going at it too hard. A strategy of grabbing scale, pushing for synergies, and stretching for the last margins risks bringing great newspapers down — not pushing reader numbers up.

“Some industry watchers cite the example of Digital First Media in the US, which has been accused of killing highly valued local papers — among them Pulitzer Prize winners — in pursuit of a quick win.

“Reach needs to maintain quality to keep readers onside. There is no point in talking up your winning margin if no one is reading the Manchester Evening News. Just ask Fergie.”

Reach plc has declined to comment on the column.

The company has previously confirmed it is in discussions to acquire “certain of the assets” of JPIMedia.