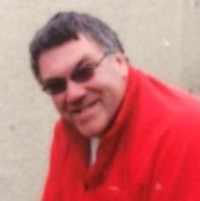 A weekly newspaper journalist has been found safe and well after he was reported missing this morning.

An appeal to find Mark was launched after he was last seen at 6am in Ivanhoe Road, Peebles.

But police have now confirmed the 57-year-old was found safe and well this afternoon.

A spokesperson said: “We are pleased to confirm that missing man, Mark Davey, has been traced safe in the Selkirk area.

“Officers wish to thank those members of the public who assisted and shared our earlier appeal for information.”