Piece of regional daily-branded railway history goes up for auction

An exclusive piece of railway history which bears a regional daily’s logo is being auctioned off for charity.

The Liverpool Echo has teamed up with Virgin Railways to auction off the nameplate of the Flying Scouseman train, which was so named after a competition run by the newspaper two years ago.

The name, chosen by reader Michael Dally, will now be shown using a laminate sticker as part of routine fleet maintenance, meaning the original metal plate is up for grabs and is currently being looked after at the Echo’s offices.

All money raised from the auction will go to the Whitechapel Centre, which helps provide shelter and help for homeless people across Liverpool and Merseyside. 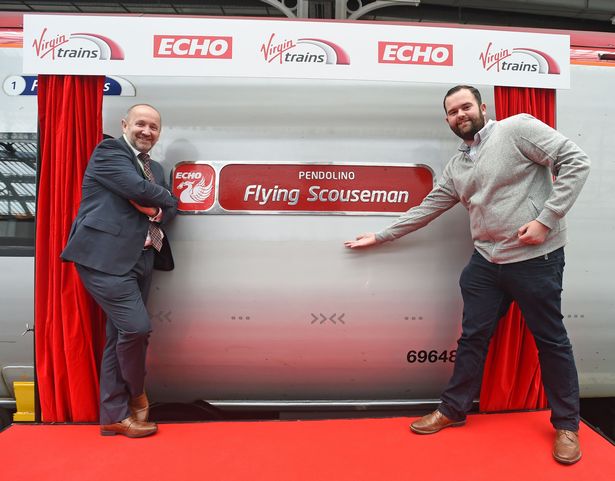 Editor Alastair Machray said: “We had hundreds of entries and thousands of votes in our competition to name the Flying Scouseman, and I hope we will have just as much interest now.

“This is the real thing, which has journeyed up, down and across the UK as well as coming back home to Liverpool on hundreds of occasions.

“The name was an inspired choice by Michael and really reflects the sense of fun which is such a part of Liverpool life.

“The nameplate would be a wonderful item to own as well as helping to raise much needed funds at what is the busiest time of the year in terms of helping the homeless.”

Virgin’s previous nameplate sales have raised over £75,000 for charity, with the likes of ‘City of Liverpool’ going for over £2,000.

“We can only continue to do this because of the fantastic support we receive from the public and businesses in the city.

“We are very grateful to Liverpool Echo for nominating us to benefit from this auction and helping us to end homelessness for many people in our city.”