Photographer reveals threats from supporters of protester who assaulted him 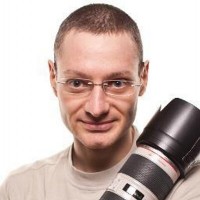 A regional daily photographer assaulted by a pro-Brexit protester says he has received repeated threats from the convict’s supporters.

James Goddard was fined yesterday after being found guilty of common assault following an incident involving Joel Goodman, left, who works for the Manchester Evening News.

Following Goddard’s sentencing, Joel has now revealed he received numerous threats online and suffered “months of physical and verbal abuse” from supporters of the protester.

In a statement published on Twitter, Joel said he had become a “target for violence” as a result of the incident and subsequent statements published by Goddard.

I am a photojournalist. A man has been convicted for assaulting me whilst I was doing my job. Here is my statement. pic.twitter.com/vOHS5dvmY4

He added he had been advised by representatives of the British Press Photographers’ Association and the National Union of Journalists to be “extra vigilant” not just when covering live stories involving Mr Goddard and his associates, but also in his personal life.

Wrote Joel: “Supporters of Mr Goddard have approached me when eating dinner at McDonald’s, when out shopping and when covering events entirely unrelated to their campaign.

“They have propagated the lies he broadcast about me and shared threats on social media, accompanied by my photo. I have received numerous threats via Facebook and Twitter.

“In court Mr Goddard asked if I take, sell or supply my photographs on behalf of or to Hope Not Hate. I do not. Just to be clear, this would in no way have mitigated Mr Goddard’s actions, however it is a lie he and his supporters have repeatedly used to justify targeting violence and abuse towards me, so I was glad to clearly answer this question, whilst on oath.”

“In calling for others to assault me, framed within lies about my work, Mr Goddard has incited others to spread this message, harmed my reputation as a photojournalist and exposed me to violence.

“Such abuse is not acceptable against anyone, under any circumstances and, in convicting him, I am glad the Court has made this clear. Mr Goddard and his supporters are entitled to demonstrate freely within the law and photojournalists such as myself are entitled to report on such events, free of the fear of violence and intimidation.”