Photographer leaves regional press after 35 years ahead of restructure 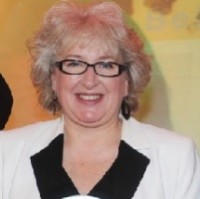 An award-winning photographer has left the regional press after 35 years ahead of a newsroom restructure at the newspapers she served.

Jane Coltman, left, has announced her departure from JPIMedia, where she worked across five titles in the North-East of England – the Northumberland Gazette, Morpeth Herald, News Post Leader, News Guardian and Berwick Advertiser.

Jane began her career in 1984 on the Alnwick Advertiser, where she worked until it was incorporated into the Gazette in 1992 following its purchase by Northeast Press.

In 2015, she was given an expanded role by JPIMedia forerunner Johnston Press – serving as multi media image manager for five titles across Northumberland and Tyneside.

Jane told HTFP: “I have loved the last 35 years as a press photographer, what a fantastic job it is. We meet people at the best of times and the worst of times, they laugh with us, sometimes they cry with us – and they trust us to tell their story.

“It’s been a privilege to be so involved with the local community. The people really are the best part of the job. It’s great to hear them say ‘here’s Jane from the Gazette’ or ‘that’s the woman from the paper’ as I appear with my camera.

“I’ve also worked with many great colleagues over the years – and like most photographers helped a few new reporters on their first assignments then taken delight as they flourished and moved on.

“There have been many changes over the years which I have always tried to embrace and among the awards I have won I was particularly proud to win the Johnston Press Best Use of Video award in 2016 where it was said ‘my determination and skill to use video across a wide range of topics is a blueprint for how JP titles should operate across the UK’.

“But all good things come to an end and as the papers face another newsroom restructure I have decided to leave and enter the world of freelance photography.

“Of course I’m sad to leave the industry I love but I’m looking forward to ventures new – and I’ll never be parted from my camera.”

In April, JPIMedia revealed it was set to trial a new newsroom structure which will see its journalists move away from the print production process and concentrate on digital work.

The regional publisher announced a three-month pilot scheme in the North-East of England involving the weekly titles Jane worked for, as well as dailies the Sunderland Echo, Hartlepool Mail and Shields Gazette, with a view to a potential company-wide rollout.