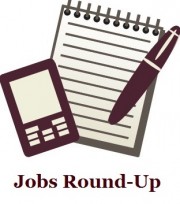 A series of newsroom changes have been announced at two Newsquest-owned regional dailies in Scotland.

Shaun Milne, previously news editor at Glasgow The Herald, has been appointed assistant editor working across The Herald and Evening Times as well as Sunday stablemate The Herald on Sunday and companion websites heraldscotland.com and eveningtimes.co.uk.

Shaun will also oversee other projects including The Herald’s Climate for Change environmental coverage.

The Herald & Times have welcomed former Scottish Sun journalist Mark Hendry to the team as a multimedia reporter, focusing on both news and sport.

Also joining the Evening Times team as a senior multimedia reporter is Stacey Mullen, who rejoins the title where she previously crime reporter and assistant content editor before leaving for a spell at The Sunday Post.

Other recent job moves in the regional press and related sectors include:

* Three more community reporters have been appointed under the Facebook-funded community news project. Shona Elliott and Jacob Farr have joined the Edinburgh Evening News while Alice Knight has joined the Reading Chronicle. Shona will focus on stories about inequalities and disabled people, Jacob will cover the areas of North Edinburgh and Leith, and Alice will cover the area of Caversham.

* Also joining the Evening News is multimedia Conor Matchett who will also work across sister title The Scotsman. Conor was previously a digital journalist working in the central digital team for the i paper, The Yorkshire Post and other JPIMedia titles.

* Sam Petherick has left his role as chief reporter at the Bath Chronicle to go freelance, covering courts, general mews reporting, interviews and feature writing in Bristol and the South West.

* Dundee daily The Courier has appointed Paul Malik as political editor and Neil Henderson as a reporter. Paul joins from his deputy news editor role at the Evening Telegraph while Neil previously spent eight years as a reporter at the Glenrothes Gazette and Fife Free Press.

* Catherine Mackinlay has joined the Southport Visiter and Ormskirk & Skelmersdale Advertiser as a multimedia reporter.

* Levana Hayes has joined the Swindon Advertiser as a reporter to cover health. She recently completed a degree in journalism at the University of Gloucestershire.

* Liam McInerney has been made chief reporter of The News Shopper Series. He was previously a senior journalist at the South London paper.

* Katie French has been appointed head of news for Newsquest’s Hampshire titles the Basingstoke Gazette and Andover Advertiser. Katie has previously worked for the Daily Telegraph and MailOnline and is currently freelancing.

* Casey Cooper-Fiske has joined Archant as a trainee reporter working across the Norwich Evening News and Eastern Daily Press. He will also continue to write gig reviews for the Hackney Citizen.

* Millicent Cooke, previously a broadcast journalist the BBC and a reporter at the Plymouth Herald, has joined South Hams Newspapers as assistant editor.

On the move or changing roles yourself?  Let us know at editor@htfp.co.uk or via @journalism_news on Twitter.