Museum bosses have thanked a regional daily after its campaign raised thousands to help keep the attraction open.

HTFP reported last month on the Hartlepool Mail’s Battery Charge campaign, which aims to help the Heugh Battery Museum raise the cash it needs in order to survive and educate future generations.

The Mail had previously reported the museum, which stands on the site of the only World War One battlefield in the UK was struggling to raise the cash needed to keep it running.

Since then an online donations page has raised just under £2,500, while individual donations, including one of more than £1,000, have also been received. 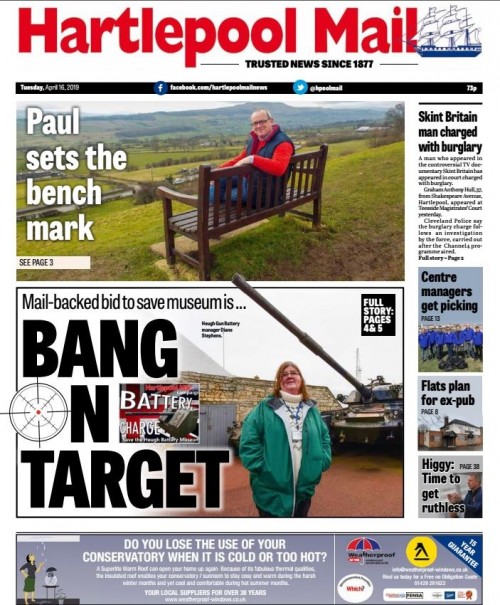 The Mail splashed on the campaign update on Tuesday.

Museum manager Diane Stephens told the paper it is now hoped a minimum £5,000 target will be reached by the end of May.

She added: “I cannot thank the Mail enough for the amount of publicity and coverage.

“We wouldn’t have had the reach and response from the public that we have had.”