Daily launches campaign to save historic landmark and museum

A regional daily has launched a campaign aimed at saving a museum on its patch.

The Hartlepool Mail’s Battery Charge campaign aims to help the Heugh Battery Museum raise the cash it needs in order to survive and educate future generations.

Erected in 1860 to help defend the port of Hartlepool, the Heugh Battery stands on the site of the only First World War battlefield in Britain.

The Battery played a key role in defending the town during the bombardment of Hartlepool in 1914, during which German warships fired more than 1,000 shells on the port. 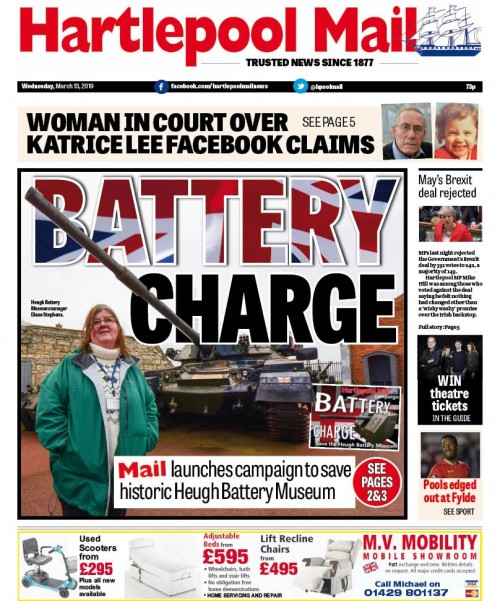 But the Mail reported earlier this week that the museum was struggling to raise the £3,500 a month needed to keep it running.

The campaign’s launch provided a splash for the Mail on Wednesday.

Museum manager Dian Stephens said: “We are so grateful to the Mail for picking this up and being so supportive to something that is really a massive part of the town.

“We are incredibly grateful for anything that will raise the profile of the museum and let more people know we are here. It is use it or lose it.”