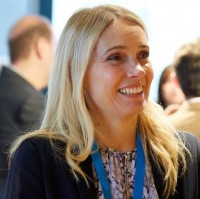 A report for the National Council for the Training of Journalists has revealed 90pc of those who achieved the gold standard diploma on its accredited courses were working in journalism six to 10 months after finishing their course, compared to 86pc of those surveyed in 2015.

The independent research, commissioned by the NCTJ, has also revealed pay for graduates has increased since 2015 – with diploma graduates now receiving a median salary of £22,500, compared to £17,500 four years ago.

Thirteen percent were employed in the online and digital sector, with 15pc in magazines, 4pc in television and 4pc in radio.

Four-fifths of recent NCTJ students believe the Diploma in Journalism prepared them well for employment, including those not working in journalism-related jobs.

This figure rises to 92pc for those who attained the gold standard, which means they achieved A–C grades in all mandatory modules and 100 words per minute in the shorthand examination, or earned a minimum of 82 credits from their courses if they did not take shorthand.

Joanne Butcher, pictured, chief executive of the NCTJ, said: “Employability is one of the most important barometers of NCTJ accreditation. We’re conscious we set a very exacting standard which is challenging and rewarding.

“We are delighted those who completed the Diploma in Journalism, and particularly those who achieved the gold standard, have such a fantastic record for getting the journalism jobs they’ve worked so hard for.”

The full report can be viewed here.