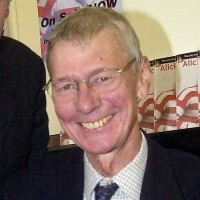 A journalist who returned to serve as news editor of his local paper after a career on the nationals has died aged 78.

Tributes have been paid to Peter Whittell, who held the post on the Doncaster Free Press after working for titles including The Sun, Daily Star and Daily Express.

Peter began his career as a trainee journalist on the Yorkshire Evening Post and Doncaster Chronicle, where he worked alongside then-local reporter Sir Michael Parkinson.

The pair covered the 1958 Munich Air Disaster, which claimed the lives of eight Manchester United footballers and 22 people in total.

A family friend of United player David Pegg, who was one of the victims, 16-year-old Peter had the unenviable task of having to break the news of the crash to his relatives, who lived in the Doncaster area.

He later worked as a freelance in Barnsley and on the staff of the Sheffield Telegraph before moving to Manchester, where he spent the bulk of his career – holding posts including assistant news editor at both the Express and the Star and covering major stories including the Yorkshire Ripper’s arrest and the Northern Ireland Troubles.

In the later years of his career, he returned to Doncaster and became news editor of the Free Press before retiring in 2001.

Free Press reporter Darren Burke, who began his career under Peter’s tutelage in 1992, said: “Peter used to love passing his knowledge, wit and wisdom onto us eager trainees. He’d march around the office, bringing laughter and but also being deadly serious when the occasion demanded and delivering beautifully scripted pieces of prose which most of us could only aspire to.

“He took so many of us under his wing and if you passed the initiation ceremony of a night down the pub, you were accepted into his circle.

“Always immaculately dressed, he was a true raconteur with a battered contacts book which would always bring in many great exclusives.

“Whether mixing with the great and good or a little old dear with a story to tell about a broken window, he could speak to anyone and get them to tell their stories.”

After his retirement in 2001, Peter, a keen walker and swimmer and lifelong Doncaster Rovers football fan, kept himself busy and threw himself into writing the life story of club legend Alick Jeffrey.

Steve Kennedy, an associate editor at The Sun who started as a junior reporter on the DFP in 1996 when Peter was news editor, said: “Everything I ever learned about stories – how to get them, how to write them and above all how to revel in the sheer joy of them – I learned from Peter.

“He was a brilliant news editor; generous, funny and kind while at the same time keeping you on your toes. He had an incredible ability to make you want to impress him. And if you impressed him it meant you were doing your job properly. Without Peter I would never have made it to The Sun. There are a great many of us who owe him a great deal.”

Former DFP sports editor Peter Catt added: “We only crossed paths in later life when he arrived at the DFP but instantly became mates swapping tales about the old days. My favourite story of his was when he went on a night out in Manchester with Tommy Docherty, Alex Higgins and George Best among others.

“At the end of the evening they were the only four left standing. Peter said ‘I wanted to find somewhere else open to go for another drink but they’d had enough.. .bloody lightweights.'”

Peter died in the early hours of Saturday morning after suffering a fall while preparing to attend a concert in Doncaster with his brother Michael.

His niece Laura Haughey told the Free Press: “He was left a bit shaken up so decided to stop at home and have a beer in front of the TV with [wife] Dinah.

“At the end of the night he was still feeling unwell and sadly collapsed at the top of the stairs as he was helped to bed. Although he had become frail in his later years, he hadn’t been seriously ill and it was quite sudden. It was very quick and fortunately he didn’t suffer.”

Peter was married to Dinah for more than 50 years and had two children, publican daughter Sarah and journalist son Ian, as well as grandchildren Jamie, Tommy and Hannah.

Funeral details will be released by the family in due course.