Journalist retires just days shy of half a century with newspaper 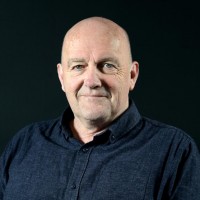 A journalist has retired just a few days shy of 50 years with the same weekly newspaper.

Bob Summerhayes has said farewell to the Somerset County Gazette, where he has worked in news, sport and production roles over the past five decades.

Bob, pictured, joined the Gazette on 28 December 1969, originally working as a compositor after signing a five-year apprenticeship.

He later retrained as a journalist after newspaper production became computerised.

Speaking at the end of his final shift last week, he told the Taunton-based Gazette: “I’ve had a fantastic career, met some fantastic people and been privy to the lives of so many people who have allowed me into their homes and told me their stories, even though I’m, essentially, a stranger.

“Consequently, I’ve never been bored. It’s been a privilege and a responsibility.”

During his days as a compositor, Bob served as a union rep and went on protests to Warrington and Wapping in the early 1980s.

When newspaper production was computerised, he negotiated with bosses as 75 of the 100 publishing press compositors were made redundant.

At that point, editor Ken Burge arranged for him to retrain as a reporter.

Bob was a reporter for nine years before turning to sub-editing sport and news for the Bridport News and the Chard and Ilminster News.

After that, a new County Gazette editor, Jon Hancock, took Bob on as a news sub.

In recent times, Bob, a talented local footballer and cricketer in his younger days, worked on the sports sections of the company’s newspapers.

He said: “It’s been an absolute treat working with the present generation of sports reporters, Richard (Browne) and Paul (Martin), who promote local sport and have improved the sports offering to be the best it’s ever been.”

Bob also met his ex-wife Judy at the Gazette, when she worked in admin.

He has two children – Cara, a journalist who broke the story of former Prime Minister John Major’s affair with Edwina Currie, and Darren, who lives and works in Taunton – and five grandchildren.