HTFP reported last week how Carlisle News & Star chief reporter Phil Coleman has been shortlisted for the Private Eye Paul Foot Award thanks to his investigation which led to a psychiatric fraud being exposed.

At last night’s ceremony, Buzzfeed UK’s Emily Dugan was crowned overall winner of the award for her Access to Justice campaign.

Emily’s persistence in reporting the human cost of the degradation of England’s justice and legal aid system won the admiration of the judges and the hostility of government spin doctors, who derided Dugan as “crazy”. 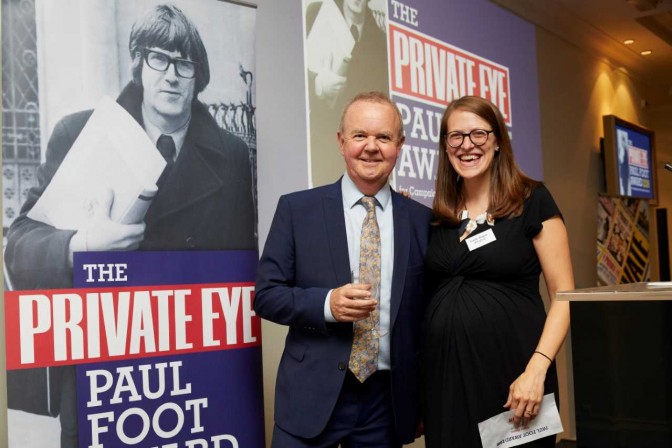 Padraig Reidy, chair of judges, said: “Once again it was a pleasure to read the many, many entries to the Paul Foot Award.

“All our shortlist this year have been inspirational in their determination and insight.

“Emily Dugan’s brilliant reporting on our broken legal system exposed a litany of failure and a government apparatus designed to cover-up problems instead of addressing them.”