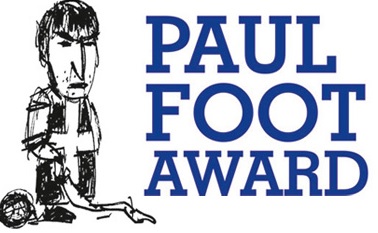 Journalists working for both the Liverpool Echo and the Carlisle News & Star have won nominations for the Private Eye Paul Foot Award.

Echo journalists Alistair Houghton, Joe Thomas and Tom Duffy have been jointly nominated for their work on an investigation into failed and stalled building developments across Liverpool.

News & Star chief reporter Phil’s nomination comes as a result of his investigation which led to a psychiatric fraud being exposed.

On the Echo journalists’ nominations, Echo editor Alastair Machray told HTFP: “This investigation into failed and stalled developments scarring Liverpool’s regeneration has been long, complex and at times stressful.

“It’s all worth it. It is proof-positive that investigative journalism can and must thrive in the digital era and an endorsement of Reach and the Liverpool Echo’s belief in this.”

PHil told HTFP: “At the conclusion of Zholia Alemi’s fraud trial in Carlisle, I was convinced this woman was no newcomer to deception. She had befriended a vulnerable widow, and taken control of her finances in a cynical bid to inherit her fortune. I felt sure Alemi had lied and cheated before. So I decided to investigate.

“The logical place to start was the beginning of Alemi’s 22 year professional life, much of which she spent working for the NHS. It seemed unlikely she could have entered the medical profession using forged documents but I resolved to check this anyway, given Alemi’s capacity for deception. Astonishingly, it took just three phone calls to prove her career was built on lies.

“During two of those calls, a contact at the the medical regulator in New Zealand confirmed my hunch: Alemi had never qualified as a doctor. This was corroborated by the University of Auckland, where Alemi claimed to have graduated. The consequences of my exclusive story were swift and spectacular: the GMC immediately launched checks on the qualifications of 3,000 doctors who came to the UK from Commonwealth countries.

“There is also now an ongoing, and complex investigation of Alemi for potential fraud offences; and hundreds of her former patients have been contacted by NHS trust managers to check for potential harm she may have caused. I uncovered much more, but the most satisfying follow-up was an interview with a former patient, a young woman who as a vulnerable teenager was sent to Alemi for treatment. For her, the psychological fallout from that contact was both upsetting and damaging. She bravely told her story, and spoke of how reading my expose helped her make sense of this upsetting period in her life.”

The winning entry will be awarded £5,000 at an evening awards ceremony held at BAFTA, in London, on Tuesday 25 June.

The full longlist is as follows: