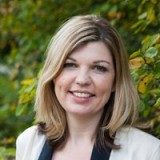 The hyperlocal news trade body has called on the journalism industry to change its attitude and abandon “tired clichés” about the journalists it represents.

The Independent Community News Network says it is working to dispel the image of those writing for hyperlocal titles as “bedroom bloggers, citizen journalists and keyboard warriors.”

HTFP reported this week how Sky News special correspondent and NCTJ patron Alex Crawford had called on the industry to challenge the role of so-called “citizen journalists” – warning that their contributions need to be accompanied by “hefty health warnings.”

But Alex’s plea has prompted the ICNN to demand a further clarification be made between the terms “citizen journalism” and “community journalism.”

In response to our story, the ICNN’s official account posted on Twitter: “As good a time as any to emphasise the vast difference between ‘citizen journalism'; and ‘community journalism’.

“The former, as [Alex] rightly states, are just citizens with cameras (although they provide a necessary role in a free and open media); the latter are individuals who are passionate about representing their communities, holding power to account, and maintaining high professional standards of accuracy, transparency, inclusivity and integrity.

“The chronic lack of revenue available in community journalism does not deter from the quality. In spite of it, innovation is thriving and the sector is growing. All our members respect the same laws and guidelines as traditional media outlets. Many are now regulated publications; part of a trade body that looks out for their interests; and collaborate on national public interest news stories.

“In many cases, they are the only reporters at council meetings, election counts, hustings, magistrates court hearings – regularly covering local democratic institutions. Community journalism adds significantly to the plurality of the news media at a time when traditional outlets are contracting, converging; and concentrating their operations.”

The ICNN was launched in 2017, and now has more than 100 member publications.

Its director Emma Meese, pictured, told HTFP: “We are passionate about promoting the brilliant work that committed independent journalists, in the community journalism sector, deliver across the UK.

“ICNN represents a change in attitudes to independent community journalism. With over 100 members and growing daily, ICNN actively works to dispel the tired clichés of bedroom bloggers, citizen journalists and keyboard warriors that still get applied to this sector.

“The media landscape has changed. Many of our members have reached parity in terms of reach and coverage with their traditional rivals. Independent community journalists should be recognised for vital role they play producing high quality public interest news, addressing the democratic deficit, and bringing communities together.”